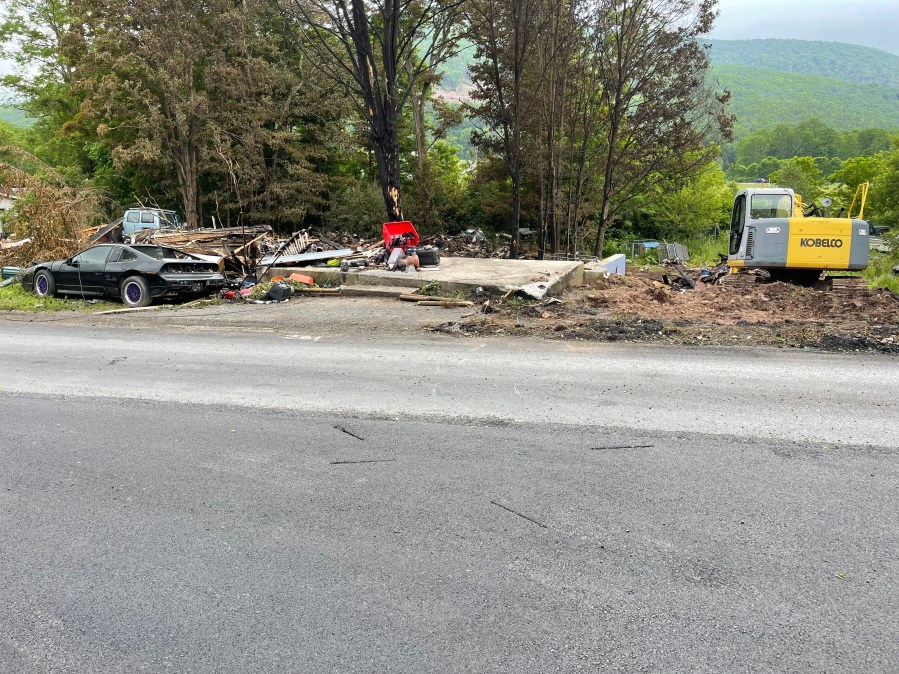 Two homes along State Route 23 have been reduced to rubble following the crash. Shane Decker and his wife lived inside one of them.

“I cannot fathom the fact that any other day of the week, my wife and I would have been home at the time that it happened,” he explained.

A dump truck fully loaded with asphalt struck the vacant home next door to Decker’s Wednesday, causing a fire that spread and destroyed both houses. Police say the truck was driving down a steep grade along West Settlement Road and was unable to stop at the Route 23 intersection.

“It appears that the truck was on the brakes heavily on that steep hill, and either the brakes failed, or it wasn’t enough to slow down,” Greene County Sheriff Peter Kusminsky said at the scene on Wednesday.

Authorities say the driver, 37-year-old Chasondra McGill died at the scene. Firefighters and workers in the area attempted to rescue her, but were driven back by the heat of the blaze.

While Decker and his wife weren’t home at the time, he says she’s typically back around the time the crash happened, “I was scared because she normally gets off early. My first thought was my wife, but she got a hold of me and let me know she had to work later that day, so that was a blessing in disguise that it worked out that way for her.”

While no one was inside, they did have several pets, including three dogs, a cat and sugar runners. All died following the crash and subsequent fire.

Crews were on scene for several hours Wednesday working to extinguish the fire, as well as excavate the truck from the wreckage.

A home across the street from the fire also sustained damage to the siding from the intense heat of the blaze. The Greene County Sheriff’s Office continues to investigate.