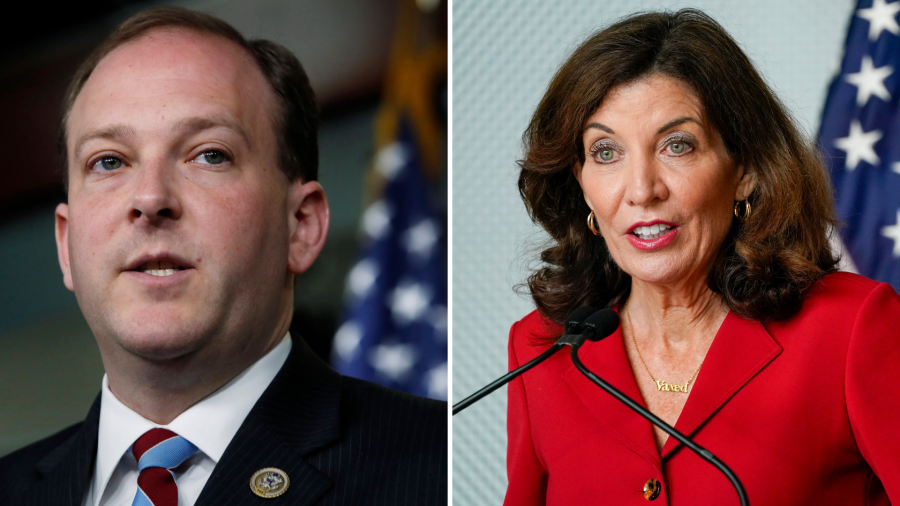 “There are stark racial divides in the gubernatorial election,” said Spencer Kimball, Executive Director of Emerson College Polling. “Gov. Hochul holds the majority of support among Hispanic voters at 59% and Black voters at 72%, whereas white voters are evenly split between Hochul and Zeldin with 44% apiece.”

The poll suggests Hochul is favored over Zeldin in New York City 61%-22%. On Long Island, Hochul is tied at 44% with Zeldin, who currently represents a large portion of the region. Zeldin leads Hochul 44%-42% throughout the rest of the state, where Republicans typically perform better.

Abortion has emerged as a crucial issue on a local and national scale. Zeldin opposes abortion but has said abortion access largely would not change if he is elected. He has also said her wants to have a conversation about late-term abortions.

When asked about abortion on the campaign trail, Zeldin has repeatedly pivoted to jobs, inflation, and crime as the main issues facing New Yorkers. The poll found that the economy is the top issue for 38% of voters, with abortion at 14%, health care at 10%, and gun violence at 9%.

Zeldin has promised to force the re-hiring of people fired for not complying with COVID vaccine mandates, namely New York City municipal workers. New Yorkers agree with him on that issue, with 52% saying “yes,” workers fired over vaccine mandates should get their jobs back. Another 30% said “no,” and 19% have no opinion.

The Emerson College Polling survey of New York voters was conducted Sept. 4-6, 2022. The sample consisted of somewhat and very likely general election voters, n=1,000, with a margin of error (MOE) of +/- 3 percentage points. The data sets were weighted by gender, age, education, race, and region based on 2022 turnout modeling. It is important to remember that subsets based on demographics carry with them higher margins of error, as the sample size is reduced. Data was collected using a cellphone sample using SMS-to-web, an online panel, and an Interactive Voice Response (IVR) system of landlines.