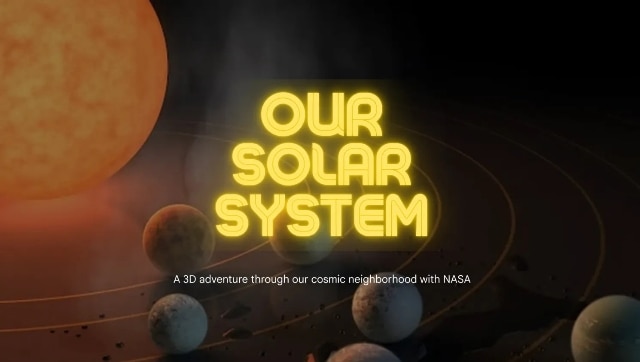 The latest project that Google and NASA will be collaborating upon is set to bring our solar system in 3D and augmented reality, all from the comfort of our drawing rooms.

Over the past couple years, Google has developed and made available over a hundred 3D models of various objects including planets, moons, and some iconic spacecrafts. Now, Google and NASA are celebrating their latest collab, bringing extra context to some of those 3D models and kicking off a new online exhibit.

Aside from being a great way to learn something new about astronomy and science in general,  the page is also meant to inspire school students to engage in STEM studies in general.

The exhibit focuses on one planet at a time, all the way from Mercury to Neptune, with stops along the way to feature achievements like the International Space Station. Alongside the new solar system exhibit, Google is also adding a new annotations feature for its more educational 3D models. When looking at NASA’s 3D model of a planet or moon in Google Search, you’ll be greeted with markers on iconic moments and established landmarks. For example, the model of Earth’s moon shows the landing sites for Apollo 11 and China’s Chang’e-4.

Google’s 3D models of planets aren’t the only things taking advantage of these new annotations. The company has updated biological diagrams, models of spacecraft, and more.

For now, these annotations are currently only available when looking at the 3D models via Google Search in the web browser, though it should only be a matter of time before they appear in the Android and iOS apps.