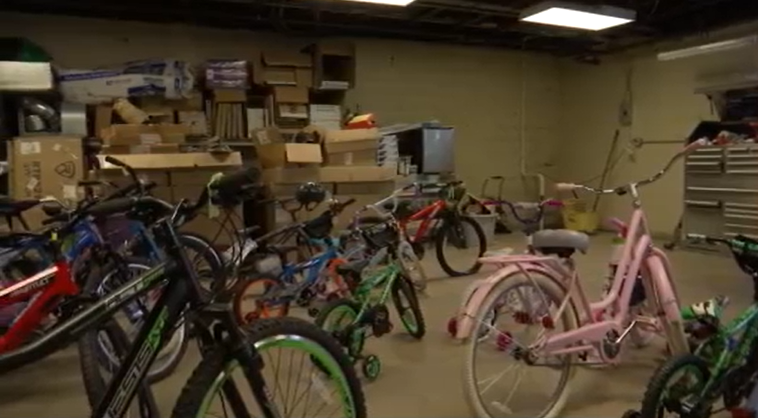 ALBANY, N.Y. (NEWS10) —  After walking the streets of Albany, Pastor Charlie Muller noticed one thing a lot of kids do not have: bikes. So, he bought nearly 150 to give away.

“We’re always looking for the greater needs kids might have and one of those greater needs is transportation. If a kid in the South End wants to get uptown and maybe wants to get to one of the parks. Or, somebody in West Hill or Arbor Hill want to get down to the pool and a lot of these kids don’t have bikes,” Pastor Charlie explains.

From cruisers to bikes for tikes, BMX, and everything in between. Starting this week, Pastor Charlie’s church in Colonie, Victory Church Colonie, will begin distributing those bikes to kids in the Capital Region starting in Albany. Helmets are included.

“So this summer we’re looking to fill some of the greatest needs. We’re doing pockets of Albany where kids have great needs. We’re going to do some areas in Troy and Schenectady. So we are reaching out beyond our city of Albany. There are great needs in every city,” says Pastor Charlie.

The pastor says on his walks throughout Albany, he asks parents and kids if they have a bike. If not, he puts the wheels in motion to get one to them.

In a similar effort, Mark Robinson is looking for donated bikes to fix and give to kids around the West Hill neighborhood in Albany. “One day I just went on social media and asked for help getting these kids bikes. And within 24 hours the support was overwhelming. I just had people drop bikes off under the tent at the park.”

In between two houses on Lexington Avenue sits Mark’s impromptu bike shop. There kids can learn to change a tire, fix a broken chain or even trade up. Robinson says he hopes to teach responsibility. “Our pledge is not just to give them a bike. It’s to see them through their infancy and the development of their brains and that they know right from wrong. And good from bad and make great decisions so they don’t end up on the other side of the fence.”

Robinson says anyone can drop off a bike at the tent on Lexington Ave between 1st and 2nd streets. Those bikes will then be given out on Sundays.