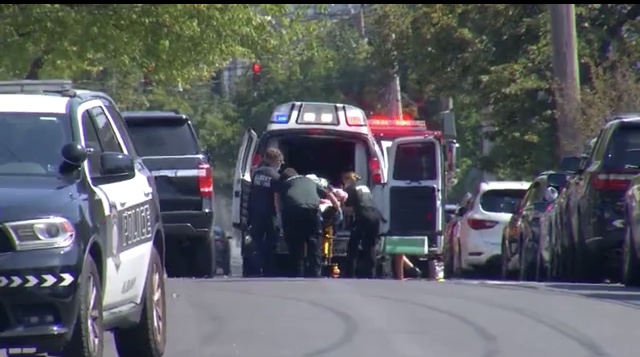 CAPITAL REGION, N.Y. (NEWS10) — Ken Cooper says he visited his friend Jon Romano in the hospital a few days after he was slashed, the attack leaving him with severe injuries to his extremities. “He’s not able to get out of bed. He can’t move his arms or his legs,” said Cooper.

He says the attack happened as Romano was trying to start a new life and be a positive influence, by volunteering at an Albany food pantry. “Basically [anyone] coming off the street. ‘Hey, I need some clothes, I need some food’ and Jon would help them get through that situation,” he said. Randell Mason of Albany, a man who was inside the food pantry and allegedly slashed Jon Romano with a sword is now charged with attempted first degree murder. “His [Romano’s] first words to me, which were stunning to me, was that he was worried about the guy that caused harm to him. Jon was almost to the point where you know, ‘Maybe I [Romano] can help him,” said Cooper.

He told News10’s Anya Tucker that the horrific incident inside the food pantry was unprovoked and had nothing to do with the 2004 shooting at Columbia High School when the then teenage Romano’s plans for a mass shooting were thwarted when he was tackled by a staff member. A counselor was shot and injured and Romano served 15 years in prison.

Romano and Cooper became friends when the former Saratoga County sheriff’s deputy, now head of security for the Mechanicville City School District asked Romano speak during a conference to law enforcement. During his talk Romano offered his own story as insight into the mind of a wanna be shooter to help officers and school staff members better identify troubled youth who might be tempted to react violently.

“I’m not taking anything away from what happened in 2004 at Columbia High. But he turned his life around and again, donating his time to help other people and he becomes a victim and it’s horrific,” added Cooper. He says Romano is enduring a string of surgeries to repair tendons and muscles in his arms and legs, yet he says Romano told him he remains committed to one day continuing in his efforts to help others after he recovers.