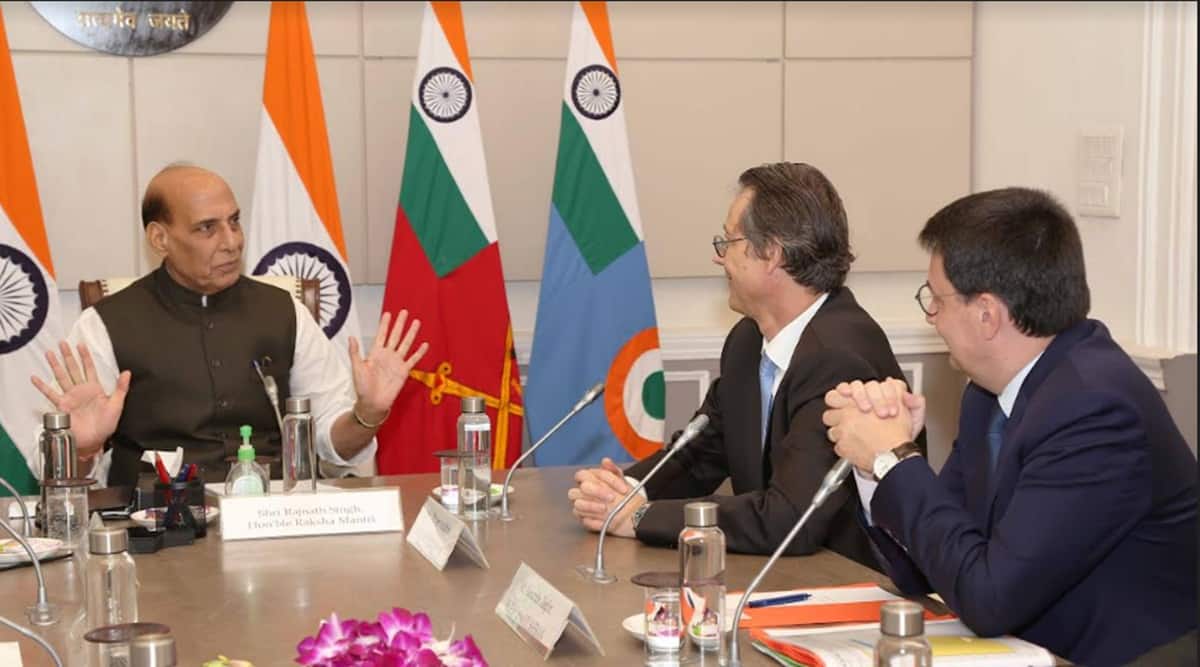 Safran Group of France plans to set up a Maintenance, Repair and Overhaul (MRO) facility in India, where overhaul of LEAP-1A & LEAP-1B engines will be carried out. These engines are used not only by Indian but global commercial airlines too.

The company is one of the leading original equipment manufacturers of advanced aircraft engines for civil and fighter jets and the MRO that it is planning to set up in India will be through direct foreign investment of USD 150 million. This will be located in Hyderabad and almost 500-600 highly skilled jobs will be created.

Sharing the company plans with defence minister Rajnath Singh on Tuesday (July 5, 2022), Safran Group led by its CEO Mr Olivier Andries said that the facility will be able to overhaul almost 250 engines each year initially.

The company also has long term plans to co-develop and co-produce advanced jet engines and is also willing to transfer technology under the existing government of India’s policy.

The CEO of the company has also discussed with defence minister Singh their plan to inaugurate Safran Aircraft Engines and Safran Electrical & Power India Pvt Ltd., later this week. Both these projects are coming up in Hyderabad.

Safran-HAL Aircraft Engines, another joint venture is going to be based out of Bengaluru.  Under this venture, rigid piping for aircraft engines including helicopter engines will be produced and almost 160 new highly skilled jobs will be created.

Parts and components for advanced aircraft engines including rotating seals will be produced by Safran aircraft engine, Hyderabad. This facility is being set up with an investment of Euro 36 million and will be located on 10 acres land in the Hyderabad SEZ.

According to an official statement from the Ministry of Defence, Minister Singh has urged the French group for more such co-development & co-production projects in line with ‘Make in India, Make for the World’.

In his discussions with the CEO of the French Group, defence minister Rajnath Singh underlined the importance India attaches to the strategic partnership with France.

While highlighting India as a huge market, the minister urged the French company to take advantage India ‘s offers in terms of cost and availability of trained manpower.