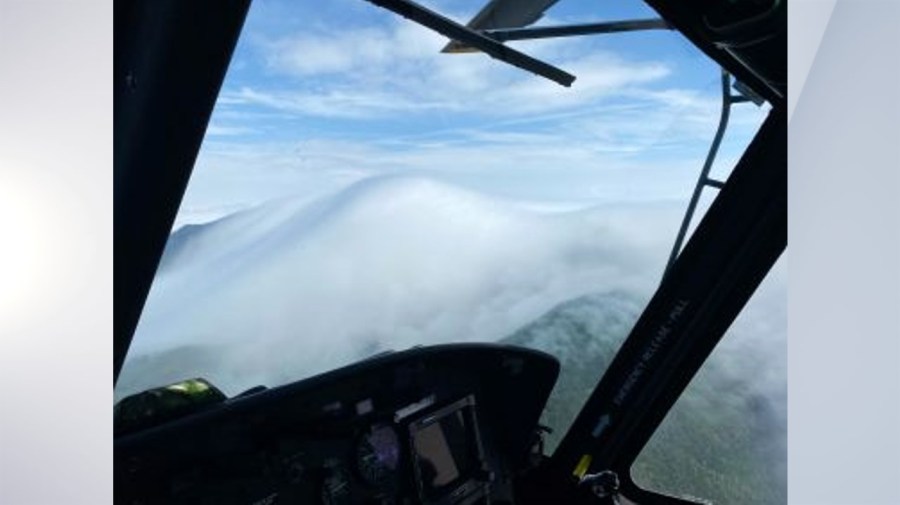 NORTH HUDSON, N.Y. (NEWS10) – On June 22 at 9 a.m., Ray Brook Dispatch asked for Forest Ranger help in the Dix Range, with the search for a 58-year-old from Singapore who had been missing for three days. The hiker was communicating with his wife in Singapore while in New York for a week, but when she did not hear from him, she called for help.

Rangers found the subject’s rental car in the Elk Lake parking lot at 9:30 a.m. He had signed in at the trail register but did not sign out.

Rangers Lewis and Martin set up a search plan, expecting that the man was off-trail. Nine additional rangers joined the search along with New York State Police helicopters.

At 2:50 p.m., Ranger Scott found the missing hiker in a swampy area. His pants were tattered, his boots falling apart, and his face was covered in bug bites after having stayed in the swamp for days.

Ranger Scott helped the subject get out of the swamp. He was evaluated by Schroon Lake EMS and released. Resources were clear at 5:50 p.m.