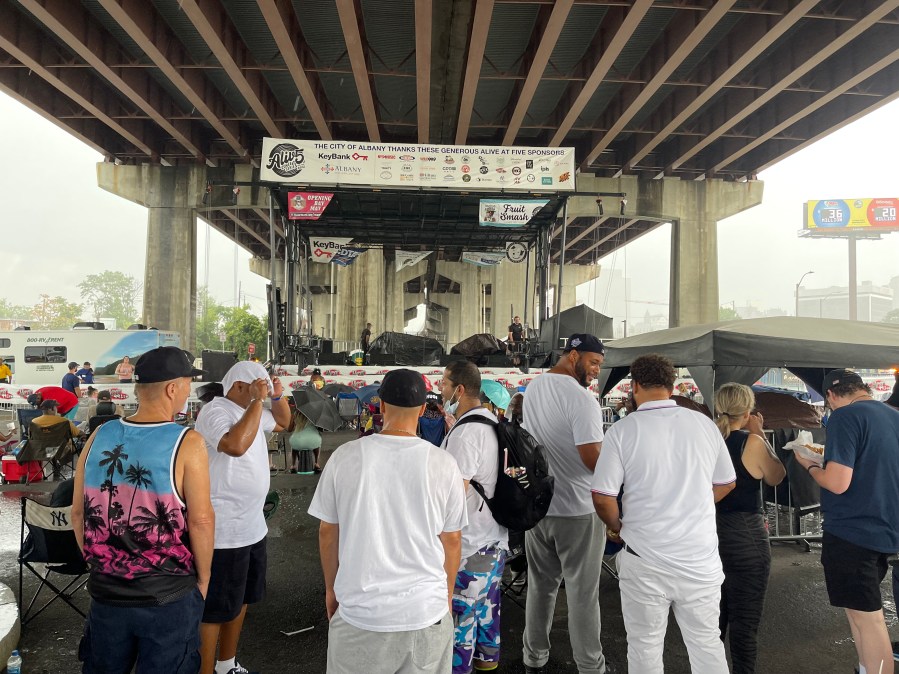 ALBANY, N.Y. (NEWS10) –  Dozens took shelter underneath I-787 in Albany in anticipation for the final ‘Alive at Five’ for the summer. The venue was moved from its usual location because of the heat. But, then the rain came.

“They moved us under the bridge. It’s alittle bit of shade. It’s supposed to rain as well. Hopefully the rain will pass through and cool us off but it’s about focusing on getting the job done,” says local artist Mario Johnson who goes by DJ Hollyw8d. Hollyw8d, who is known for his “More Music Less Violence” initiative to use the power of music to address crime in the Capital Region, was one of several featured acts Thursday.

The concert featured other musicians such as DJ TGIF and rap/hip-hop legend Doug E. Fresh.

“I just want to hear some music and rock my ears out,” says concert-goer Mike from Albany.

Ultimately, those individuals and everyone in attendance did have to miss the concert. Organizers first held a rain delay, then when the rain, thunder and lighting did not give up, the concert was called off without anyone taking the stage.