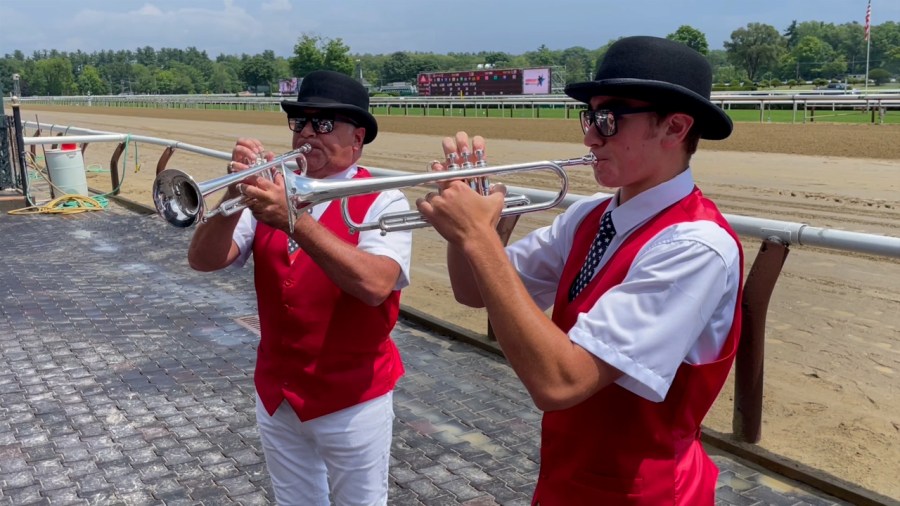 SARATOGA SPRINGS, N.Y. (NEWS10) – Like father, like son! Tony Gambaro and his son Carson Gambaro are the new buglers this season at the Saratoga Race Course.

Tony is a longtime friend of Sam ‘the Bugler’ Grossman and lead of local band “Ten Most Wanted.” When Tony was approached about taking on the important role, he had one condition.

“The only way we could pull this off, that’s beneficial for both NYRA and me, is to have my son to do the days that I can’t do,” said Tony.

As Saratoga natives, they’re used to having the Saratoga Race Course in their backyard. While they say they have big shoes to fill, they look forward to doing it side-by-side.