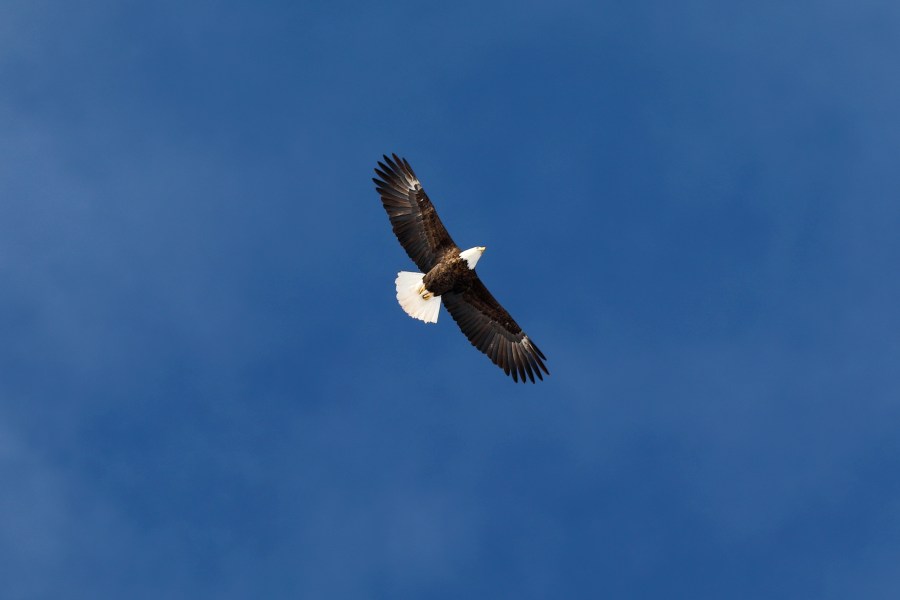 ALBANY, N.Y. (NEWS10) – Monday, June 20, has a special designation for an important bird. The date is known as National American Eagle Day, recognizing the national bird of the United States.

The American bald eagle is considered a species at “the least concern” of endangerment. A bald eagle nesting program was started by the New York State Department of Environmental Conservation in 1989, and the eagle population has seen steady growth since. The DEC recording a record-setting 323 nesting pairs in 2017 – up from just one known pair in the state in 1976.

On Monday, the DEC released suggestions to birdwatchers hoping to catch a glimpse of the iconic bird of prey. Eagles can be seen soaring high, or perched in the treetops, in the areas of New York where they nest.

As for where eagles nest, the DEC has a solution. The department database includes various recommended places around the state to spot the birds, including parts of the Hudson River, Delaware River, St. Lawrence River, and Onondaga Lake.


Every concert in Lake George this summer

In general, the DEC recommends watching for eagles in the winter, from December through February, when wintering eagles do the most flying. Other details to watch for include appearance. Female and male eagles look the same, but females are about a third heavier and larger than males. Eagles that haven’t yet matured are mostly chocolate-brown, as opposed to adults, which have white heads and tails.