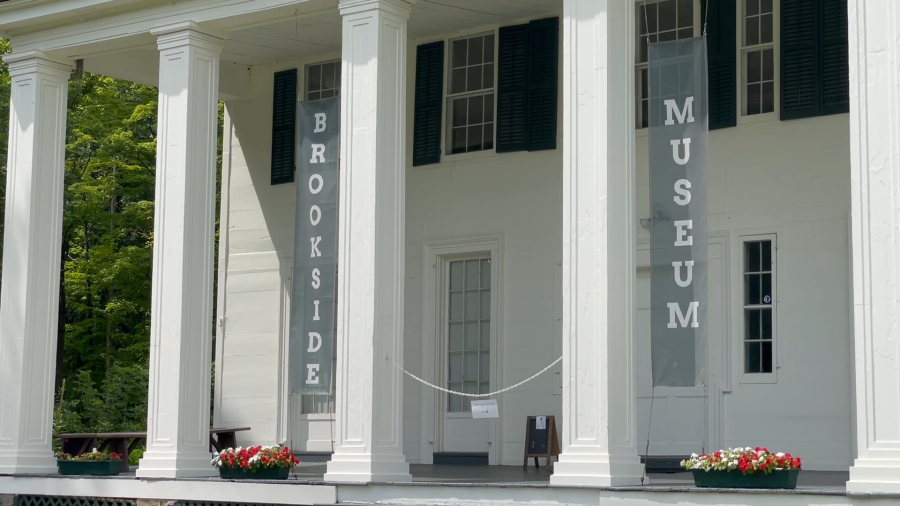 BALLSTON SPA, N.Y. (NEWS10) — The Brookside Museum in Ballston Spa is home to the Saratoga County History Center. The center currently has four exhibits having to do with the county’s history.

The Saratoga County History Center is open Thursday through Sunday from 1 p.m. to 5 p.m. Admission is free and donations are welcome.

“In the Saratoga Style: Potato Chips and Their Regional Folklore”

This exhibit explores stories that have claimed to explain the story behind the snack, such as the history of the legendary George Crum, who is thought of to have created potato chips, and his experiences as a cook and outdoor guide of African and Native American ancestry. You can also learn about other possible innovators who may have been responsible for this snack. This exhibit is open through December 23.

“A Century of Ice Cream, a Centennial of the Dake Family and Stewart’s Shops”

This exhibit celebrates the centennial of this famous company born in Saratoga County. In 1787, the Dake family began clearing farms in the hills of what became Greenfield. Three generations later, in 1921, dairy farmers Percy and Charles Dake responded to a changing economy by shifting to ice cream production.

The chain they started in 1946 is now an anchor of Northeastern New York and Vermont communities. The exhibit is made possible through the generosity of Stewart’s Shops/Dake Family. The exhibit runs through December 23.

This exhibit explores the diversity of the lives of Black Americans in Saratoga County for over 200 years. It is a chronological panorama of the struggles and hardships they faced, but also of their persistence and success. The exhibit includes artifacts, documents, and images on display to compliment the story as it unfolds on the wall panels. This exhibit runs through November 13.

This exhibit features 26 images from the museum’s collection as well as from town historians that shed light on everyday social life in Saratoga County from the end of the Civil War until 1950. Images were selected by three Skidmore College students, who also researched each image and wrote descriptions to accompany them. The exhibit runs through November 13.