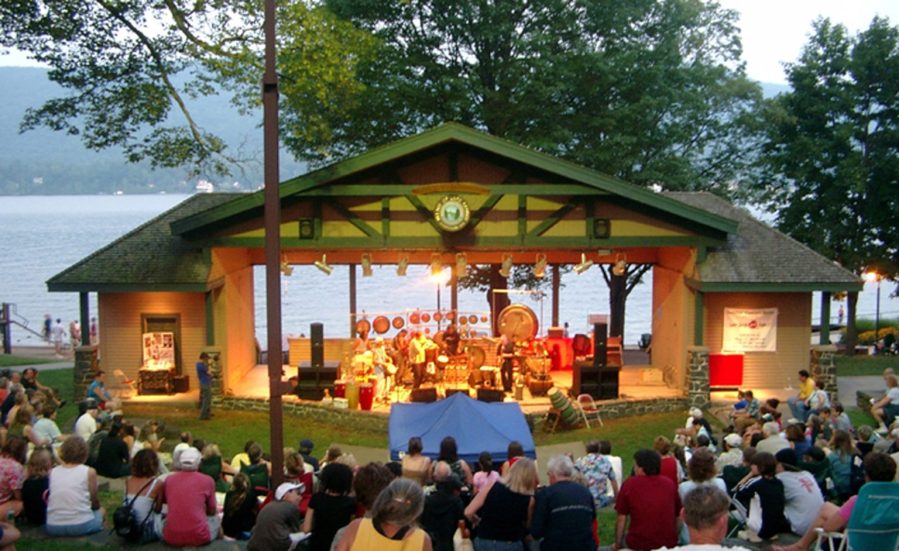 LAKE GEORGE, N.Y. (NEWS10) – It’s summer in the Lake George region. The village has started up its Friday night free concert series – including one this Friday in support of the family affected by a motorcycle crash on Route 9 last Sunday. Charles R. Wood Park is lining up its own music festival series.

Find out where to catch free community concerts and full festival weekends alive this summer, starting with weekly music daily by the lake through parts of the summer. The following list may be subject to change, as more events are added.

A free concert series at 7 p.m. at Shepard Park. This year’s lineup includes bands from Nashville, New Jersey and Boston, as well as several local acts. The lineup includes:

The Lake George Community Band gives free weekly concerts on Thursdays, starting at 8 p.m. Each concert is followed by a fireworks show. The band plays the Shepard Park Bandstand every Thursday from June 30 – July 28.

A free concert series at Shepard Park in downtown Lake George. Music plays every Friday night. Concerts include food trucks, a beer and wine tent, and face painting and bounce houses. Each show is pet-friendly.

A two-day benefit show at Shepard Park in Lake George. The show benefits Krantz Vacation Cottage, a site opened in 2021 by Ronald McDonald House. Krantz Cottage provides a home away from home to families with children living with cancer or other illnesses. Admission is free. Proceeds come from craft, food and beverage sales.

Lake George’s annual, weeklong classic music festival returns this August. Performers visit the region from across the U.S., and internationally. All performances are located at the Carriage House at Fort William Henry, and come with festival admission or at a cost of $20 at the door, unless otherwise noted.

A three-day music festival closing out the summer at Charles R. Wood Festival Commons on Labor Day Weekend from Sept. 2-4. Tickets for the weekend cost $175 for general admission, or $325 for VIP. Showtimes for specific bands are TBA. Bands coming include: