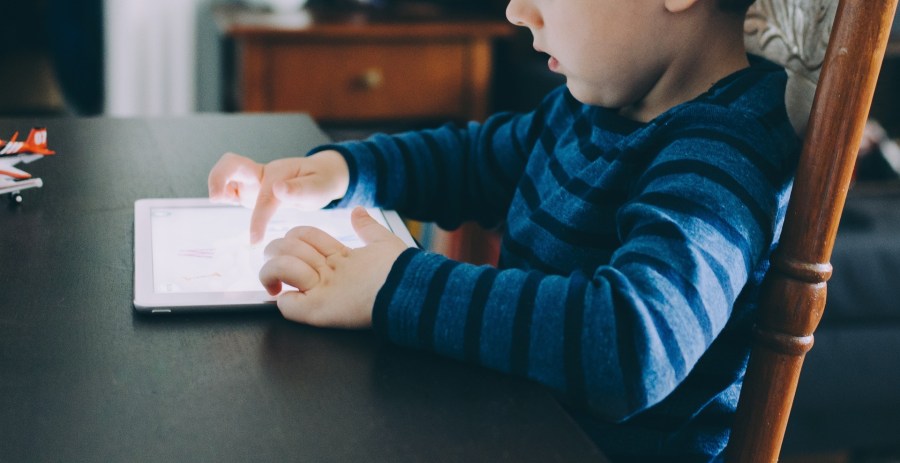 ALBANY, N.Y. (NEWS10) — Today’s 98.3 TRY Social Dilemma is about going out to dinner with kids around. Here’s the email I received:

Hi Jaime. I recently went out to dinner with some coworkers. I have one coworker who is adamant about not having her kids on iPads or iPhones. She believes that kids need to learn to socialize and by putting screens in front of them all the time, that doesn’t happen. I agree most of the time, but I do think that kids can learn a lot from iPads. Anyway, it all came down to a test of her beliefs when we were out to dinner. There were about seven of us and there was a family at the table next to us. There was a little boy who was really acting up. Jumping up and down on the booth, crawling under the table, screaming from time to time, crying when his parents disciplined him. We’ve all been in a situation like that. Sometimes kids don’t want to sit still in a restaurant. Anyway, my friend was getting upset about it and said why can’t those parents calm him down. It was driving her crazy. It really wasn’t bothering the rest of us too much. Anyway, after about ten minutes of his crazy behavior, they pulled out an iPad and let him watch some kids show on it. He immediately calmed down, started eating and just watching the iPad. So I asked her, would you change your mind about iPads now, and she still said no. She’d rather have the kid screaming than watching the iPad. I don’t believe it What do you think? Aren’t iPads okay sometimes? Thanks Jaime

Well I’m with Kate. I think iPads can be used at appropriate times. Kids learn a lot from them as long as you stay on top of what they’re doing on that iPad.

What do you think? Would you rather have a kid acting up in a restaurant or see a kid on an iPad at a restaurant? Let me know what you think on the TRY Facebook page.