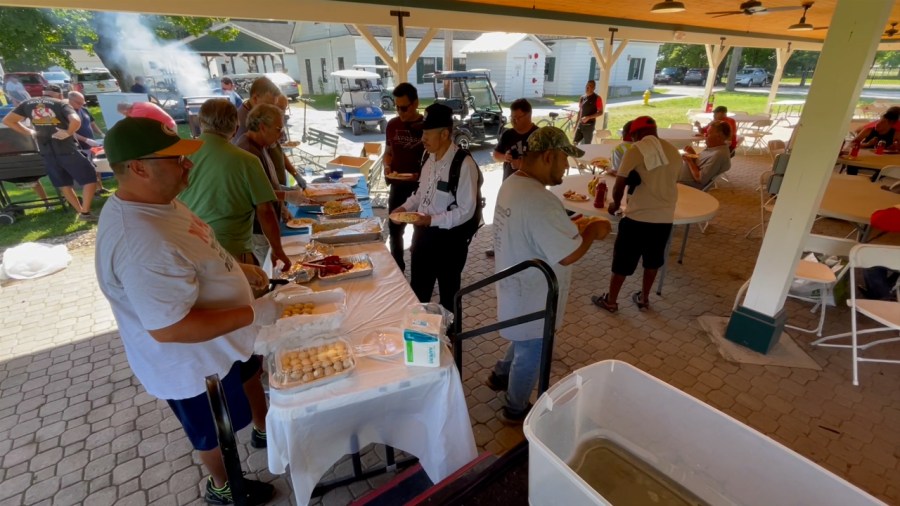 SARATOGA SPRINGS, N.Y. (NEWS10) – From sausage and peppers to lasagna, every week one group of friends was going the extra mile during the Saratoga Summer Meet to say thank you to the Backstretch community. What started as a small gesture quickly growing into so much more!

Last year, Tony Corratti came up with an idea to cook and serve lunch one day a week for the Backstretch workers at the Saratoga Race Course. But he know he couldn’t do it alone, so he called up Art Sgori.

“I said I’d be more than happy to help you Tony, so I joined in. After I joined in many guys came right after me to help,” said Art.

The group of gentlemen all know each other from James and Sons, a cigar shop on Broadway. The owner, James Kommer, donates regularly to help fund the good deed.