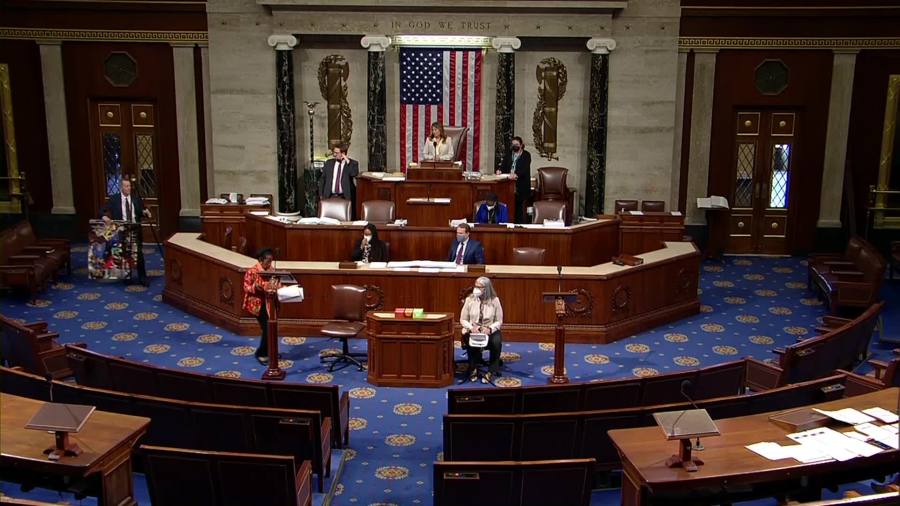 WASHINGTON (NEXSTAR) — On the last day before starting a 45-day recess, Democrats rushed a vote to ban assault weapons.

“We have a gun violence crisis in our country,” Rep. Jim McGovern (D-Mass.) said.

McGovern says his bill is not meant to take guns away from Americans and would allow all current AR-15 owners to keep them.

“Rights come with responsibilities. And we have a responsibility to try and stop mass shootings,” McGovern said.

Democrats argue that military-style assault weapons are a common thread in most mass shootings and that’s a good reason to outlaw future purchases.

However, Republicans like Rep. Guy Reschenthaler (R-Penn.) argue the bill would be both unconstitutional and ineffective.

“This is the most severe restriction on the second amendment since the passage of the assault weapons ban of 1994,” Reschenthaler said.

“For years, the democrats told us ‘we’re not coming for your guns.’ Oh yes they are,” Jordan said. “The second amendment says the right to keep and bear arms shall not be infringed. But they don’t care.”

If the Senate takes up this bill, it will face an uphill battle to gain enough Republican support.