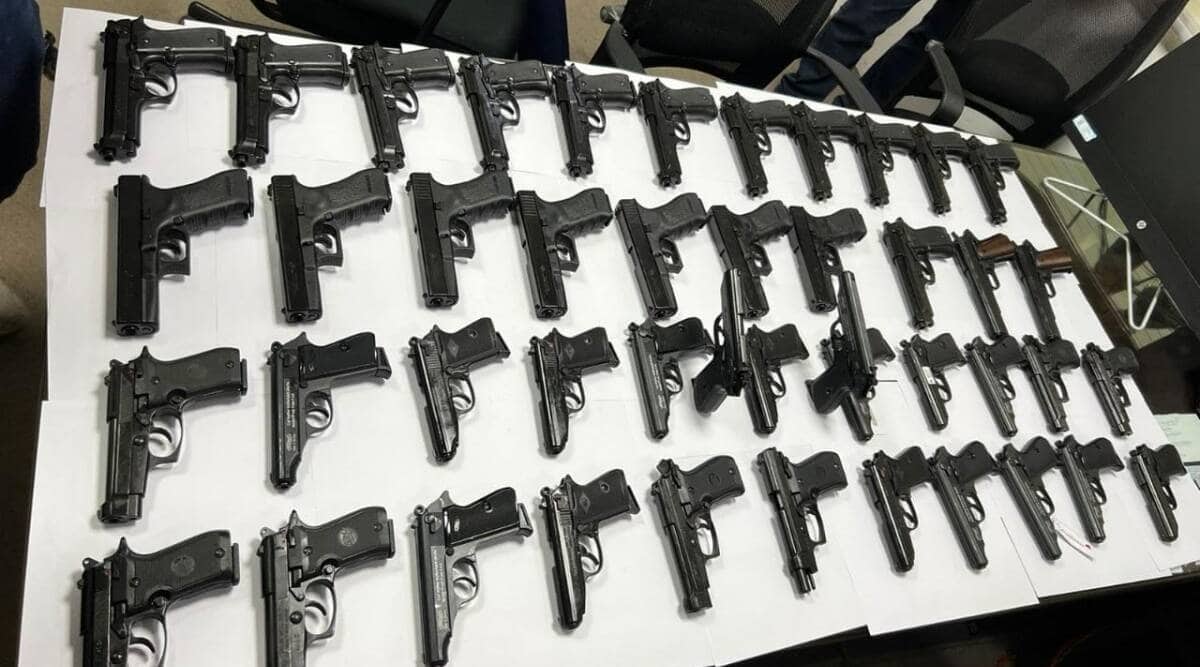 The officials who made the arrest said a ballistic report will confirm whether the guns are real or not.

“But in a preliminary report, the National Security Guard (NSG) has confirmed that the guns are fully functional,” an official said.

The accused, who arrived here from Vietnam’s Ho Chi Minh City on Monday, had been placed under surveillance by the officials.

The husband and wife duo were accompanied by their infant daughter. The male passenger was carrying two trolley bags, which were handed to him by his elder brother who had arrived from Paris almost at the same time and day as the couple’s flight from Vietnam landed here, the customs department said in the statement.

The elder brother, after handing over the trolley bags, “slipped out of the airport,” it said.

The woman passenger too was an active part of this plan as she helped her husband remove and destroy the tags of both the trolley bags that contained the guns, the statement said.

“Further, examination of these two trolley bags carried by passenger -1 (male passenger) resulted in the recovery of 45 pieces of assorted brand guns having approximate value of Rs 22.5 lakh,” it said.

The two were arrested and their child was handed over to her grandmother, the statement said.

Both the passengers have also admitted their previous involvement in smuggling 25 pieces of assorted guns from Turkey with an approximate value of Rs 12.5 lakh,” it added.