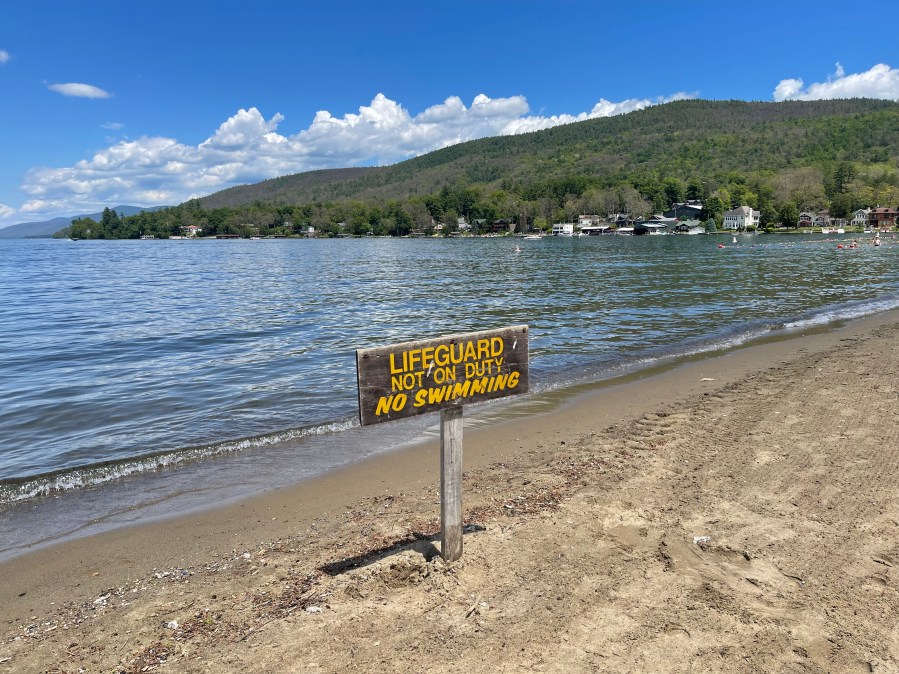 WARREN COUNTY, N.Y. (NEWS10) – Summer is here and the time is right, especially with Friday and the coming weekend’s weather, to take a swim. But because of a lifeguard shortage, state beaches like Million Dollar Beach in Lake George are posting signs prohibiting swimming in certain sections due to a lack of coverage.

“Right now we only have two lifeguards. Unfortunately, because this is such a big beach we need about six to seven lifeguards to staff our beach. Because of lifeguard shortages we’re just really not getting that staff,” says lifeguard Madison Geddes.

Geddes is spending her fourth summer guarding Million Dollar Beach. Right now, she says only two lifeguards are on duty during normal hours most days. “Unfortunately when we only have one guard on, because there’s two of us so we obviously need days off, when we have one guard on, we have to close for 15 minutes every hour because we can’t be guarding consistently all day.”

“Definitely anyone who wants to come out, even if they do not have a certification, we are offering a free course next week,” says Conservation Operations Supervisor Andrea Dukett. Dukett says as long as you can swim, DEC is offering to train you to be a lifeguard. The certification typically costs anywhere between $300 and $400.

The current shortage of lifeguards, according to DEC, is forcing some pools and beaches statewide to temporarily close or limit hours. “If someone needs a day off or if we can’t find a guard for that beach, it does stay closed unfortunately,” Dukett explains, “so we do have to put something up and notify the public it is closed. We don’t want to do that but of course it’s for the public’s safety.”