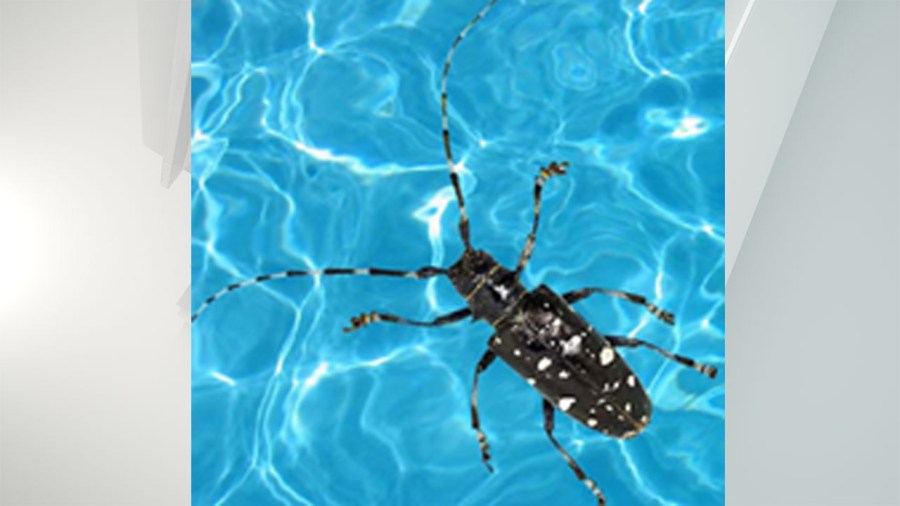 ALBANY, N.Y. (NEWS10) – The New York State Department of Environmental Conservation is making a call out to anyone with a pool. Next time you go out to take a dip, keep an eye out for an invasive insect that could cause significant harm to New York’s natural ecosystem.

The DEC is asking pool owners around the state to take part in the state’s annual Asian Longhorned Beetle Swimming Pool Survey. The survey is aimed at gathering data on the Asian longhorned beetle, an invasive insect that emerges as an adult species in late summer. The insect can often be found in swimming pool filters in areas where it has spread.

The beetle has been traced to the deaths of hundreds of thousands of trees across the U.S. It is native to China and Korea, and feeds on maple, birch, elm, ash, poplar, horse chestnut and willow trees – and many more.

Anyone who finds a beetle in their swimming spot can take a photo and send it by email to foresthealth@dec.ny.gov, with the subject line “ALB Pool Survey.” They can also text the image to (518) 491-7391, with text body that reads “ALB Pool Survey.” Photos can also be sent by mail to the Forest Health Diagnostic Lab, 108 Game Farm Road, Delmar, NY 12054.

After the picture is taken, the beetle should be saved. Residents can freeze a beetle in a plastic bag or container until hearing a response from the DEC.

Even if you don’t have a pool, there are other places to keep an eye out for the Asian longhorned beetle. Surveyors can check for signs of beetle damage on trees, including exit holes, coarse sawdust accumulation, bark pits and oozing sap.