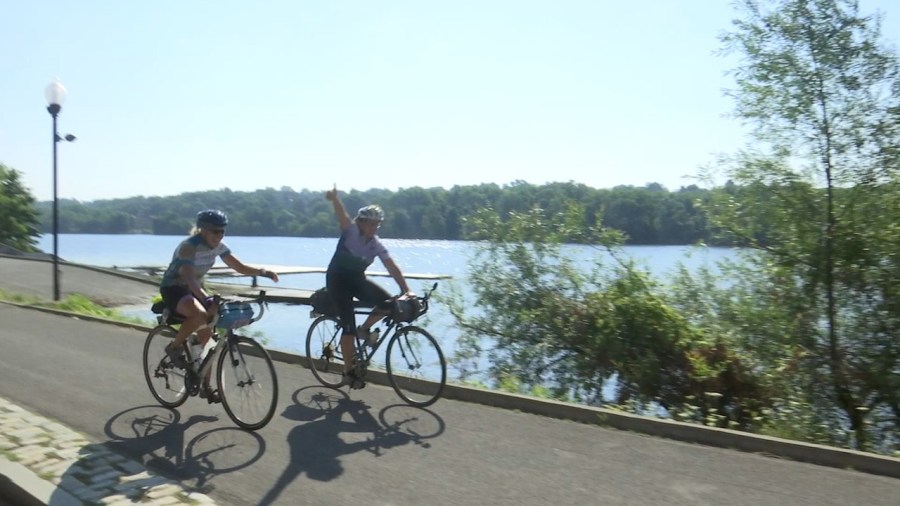 The 24-year-old tradition has become a popular event with 750 cyclists participating this year, but it’s no easy task. Rich Hergenroeder trained for weeks leading up to the race, biking 75 miles each week.

“This is a great trip for the advanced recreational rider, there were some newbies on this – a workout is a good idea for about six weeks,” Hergenroeder said.

Hailing from Maryland, he’d never seen some parts of New York outside of history books.

“It’s full of people like me, what a beautiful upstate New York, it’s fascinating, it’s wonderful, I never knew it was there,” Hergenroeder said.

That’s exactly what Erica Schneider, Greenway Program Associate with Parks and Trails New York, said makes this race so special; bringing people from across the country together and connecting them to places they may not have seen otherwise.

“A tour like this shows what bicycle tourism can do for the economy of upstate New York and it really brings life to the canalway trail systems,” Schneider said.

Hergenroeder said he plans on returning to the Empire State next year for his second race.