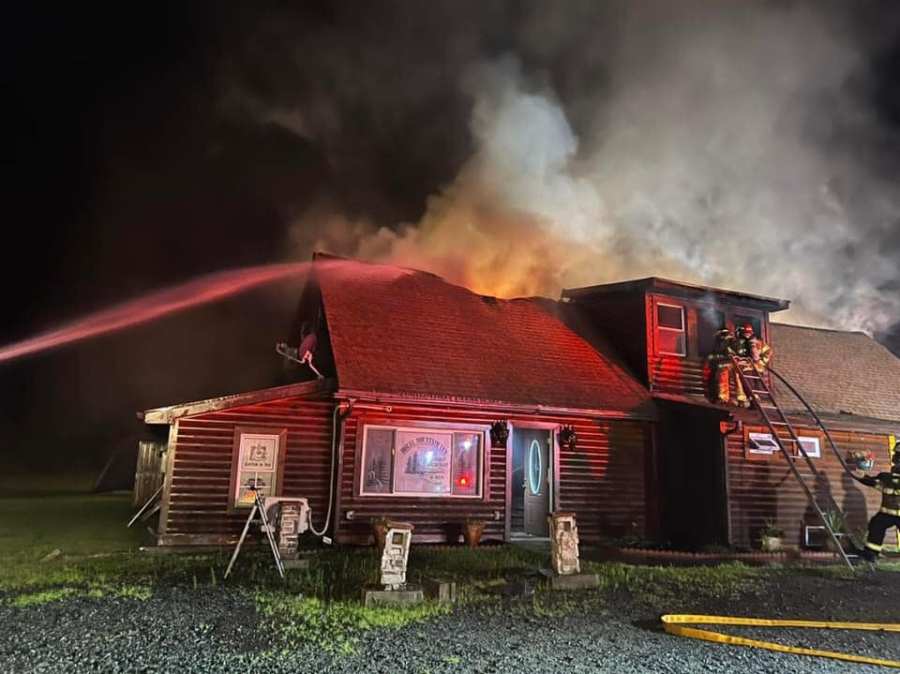 JOHNSTOWN, N.Y. (NEWS10) – Six fire departments, with many others on standby, came together early Sunday morning to battle a blaze at the Royal Mountain Inn, located at 4993 State Highway 29 in Johnstown. Crews were first sent to the scene around 12:14 a.m. and were told that a man was trapped on the roof of the burning building.

When first responders arrived, they were told a Fulton County Sheriff’s Office Deputy and St. Johnsville Ambulance had helped the man off the roof. No one else was found inside the building.

Through a coordinated effort, the blaze was extinguished before the structure could be reduced to rubble. Extensive damages can be seen in photos posted to Facebook.

“The Royal Mountain Inn has been a landmark in the community for years,” said Chief Souza of the Rockwood-Garoga-Lassellsville Volunteer Fire Company. “We hope they can overcome this tragedy and come back better and stronger.”

Sunday morning, just before 11 a.m., the Royal Mountain Inn family took to social media to thank those who helped them overnight. “For those of you who don’t know, we had a fire at the restaurant last night,” began the family.

“We want to send a huge thank you out to all first responders that assisted with the fire and that helped our dad. Thankfully he is okay. We also want to thank all of our customers for reaching out and sending out prayers- please keep them coming.”