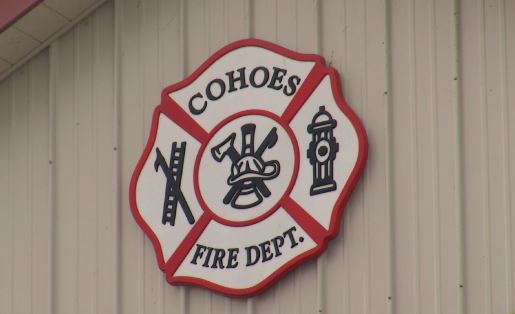 COHOES, N.Y. (NEWS10) – To address the latest staffing concerns raised by the Uniform Firefighters of Cohoes, the city proposed authorizing the Green Island Fire Department to provide mutual aid. The union rejected the proposal Wednesday night saying the city would rather pass the buck to someone else rather than add another firefighter.

“That’s not right to put another burden on another municipality. We’ve worked with the city prior and we’re willing to sit down with the city again,” says Rob Wattsman, a firefighter with the city and the union’s president.

The union would like to always have a minimum of six firefighters per shift to staff the city’s three stations. When less than six firefighters are on, the Hill Station, which is the center of the debate with the city, is forced to close.

So far this year, the station’s doors have been shut for over 40 days. The union’s Twitter page posts each day the station is closed.

The city says staffing for the department is right where it should be at a little over 30 members. The city continues to push the blame for staffing woes on people calling out sick or taking time off. “Just look at today’s roster. There are 10 firefighters scheduled to work and only five of them showed up,” says Cohoes Mayor Bill Keeler.

Chief Joseph Fahd agrees with the mayor, saying he would like to see more firefighters on the roster but economically, without raising taxes, it is not feasible. “How much can the people afford to pay? Our budget right now is 2 point some million dollars. If you add a few more guys that’s around $3 million and as the mayor said, that’s a big tax increase.”

“So the money is there, they just don’t want to spend it where the need is,” Wattsman counters. “They have other projects they want to do. It’s all about choices and priorities and this station behind me is not a priority. It’s closed today. Today is day 47 of however many.”