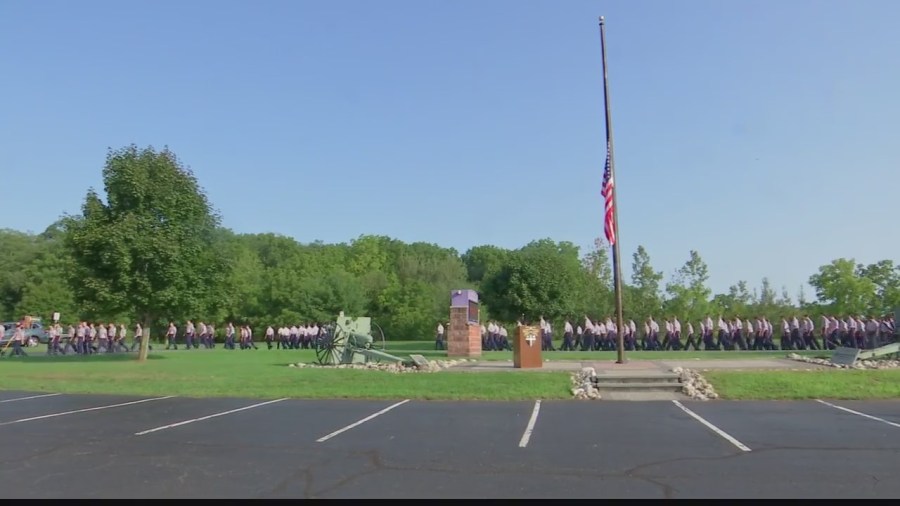 ALBANY, N.Y. (NEWS10) — Sunday will mark 21 years since the United States was attacked on September 11, 2001. A local school held a remembrance ceremony on Friday.

Christian Brothers Academy opened the school year with its annual flag raising ceremony. School officials said that while September 11 is a somber day, it’s also an opportunity for Americans, especially younger ones, to think about what they want the country to look like in the future.

“In raising our flag today, we take a moment for prayer and reflection for those who died or were injured on September 11, 2001,” CBA Pres. Dr. James Schlegel said. “America is the greatest country in the world. Not because of what it was but what it can be.”

The ceremony also honored alumni who served in the military.

Communities throughout the Capital Region are holding 9/11 remembrance ceremonies.