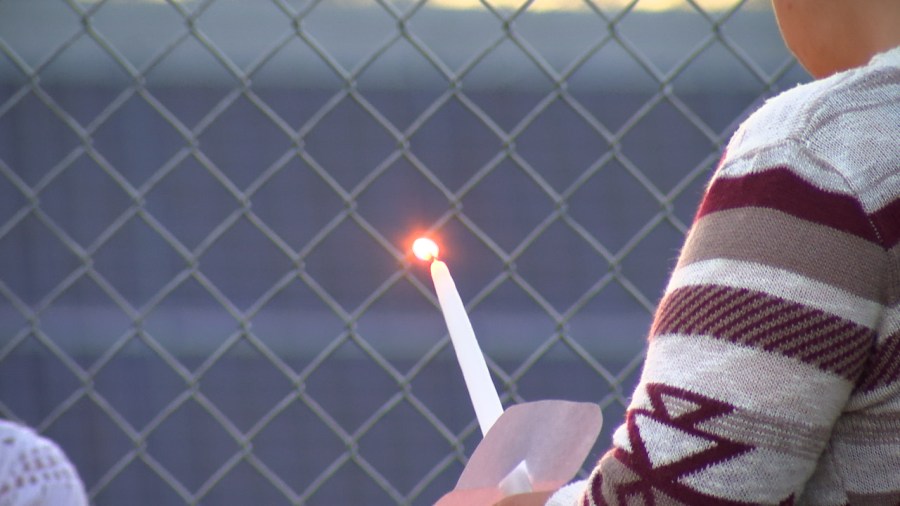 ROTTERDAM, N.Y. (NEWS10) – Around a dozen people gathered at Carman Park in Rotterdam Monday evening to mourn the loss of 6-year-old Onnex Thompson-Hall. The young boy, who had autism, was found dead Sunday evening after going missing earlier in the day.

“You just want to support somebody for a child, the loss of a child,” said Darlene Geloso, who came out to Monday’s vigil.

Thompson-Hall went missing Sunday morning after wandering off near the Washington County Fairgrounds. After an extensive, day-long search, his body was found in a pond near his home in Easton. While the investigation is ongoing, police believe it was an accidental drowning.

“This happens a lot. People don’t realize how often it happens, and it’s such a shame and it happens in just a split second,” Geloso, who’s son is autistic, explained.

Before the vigil, she recounted the time her son also went missing, “My son at two, we forgot to latch the doors, back then we had latch doors, he ended up on Curry Road in his diaper. Luckily this woman found him.”

After this local tragedy, she says the community will continue coming together to offer support, “It affects all of us, because we know it can happen, and we know it just takes a second.”

Onnex attended school at the Crossroads Center for Children in Rotterdam. The school released a statement saying it was heartbroken, “The loss of a child is something no-one is ready for. Putting the thoughts together for what to do and how seems impossible. All we want now is for his family to be held up in prayer and support and love.”