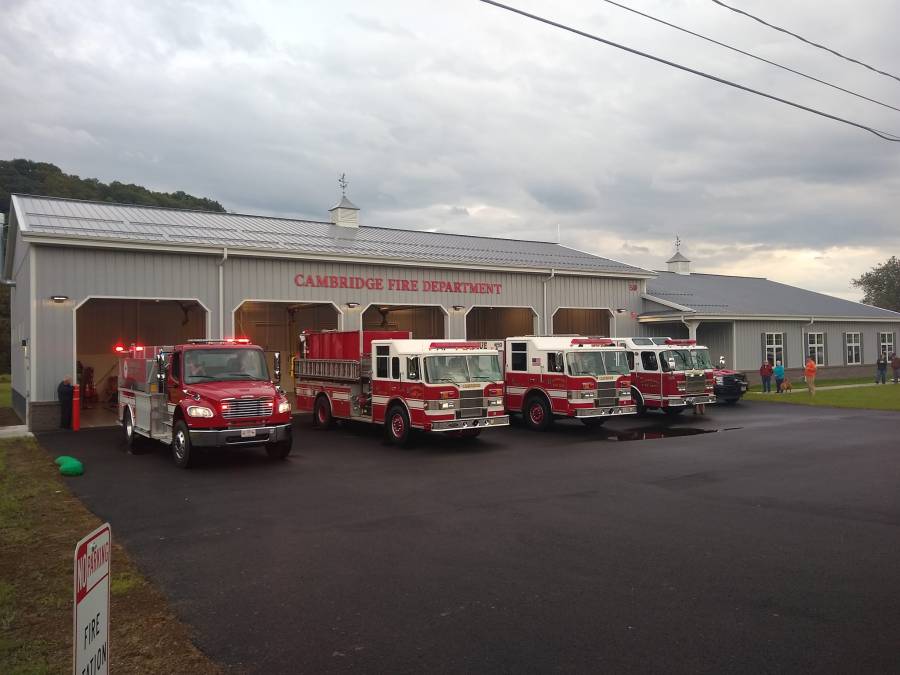 CAMBRIDGE, N.Y. (NEWS10) — The same siren that had signaled a three-alarm fire since 1951 in Cambridge sounded for one last time Sunday evening. The Village Fire Department’s five vehicles responded just like they always would—except this time, they came back home to the old firehouse.

Firefighters sprung from their trucks and walked into the 71-year-old building through its open bay doors. After a brief moment of silence, the siren blew one last time, the firefighters walked out, and the bays were shut for good.

The trucks then made their way back down East Main, turned right onto Gilbert Street, and backed into their new home. As they entered their new station, which had been in the works for over 20 years, all was quiet in the Washington County town.

In July 2021, officials broke ground on the new firehouse, after village taxpayers footed the entire $4 million bill for the project. The department’s old home on West Main will hit the market this fall.

Although the carnival is no more, the land turned out to be a great site for a firehouse. Construction there took about 11 months.

The village is only funding the building. Cambridge Fire officials said they are accepting donations for anything you may find in a firehouse—chairs, tables, and the like. If you’re interested in donating, contact the department at (518) 677-3048.