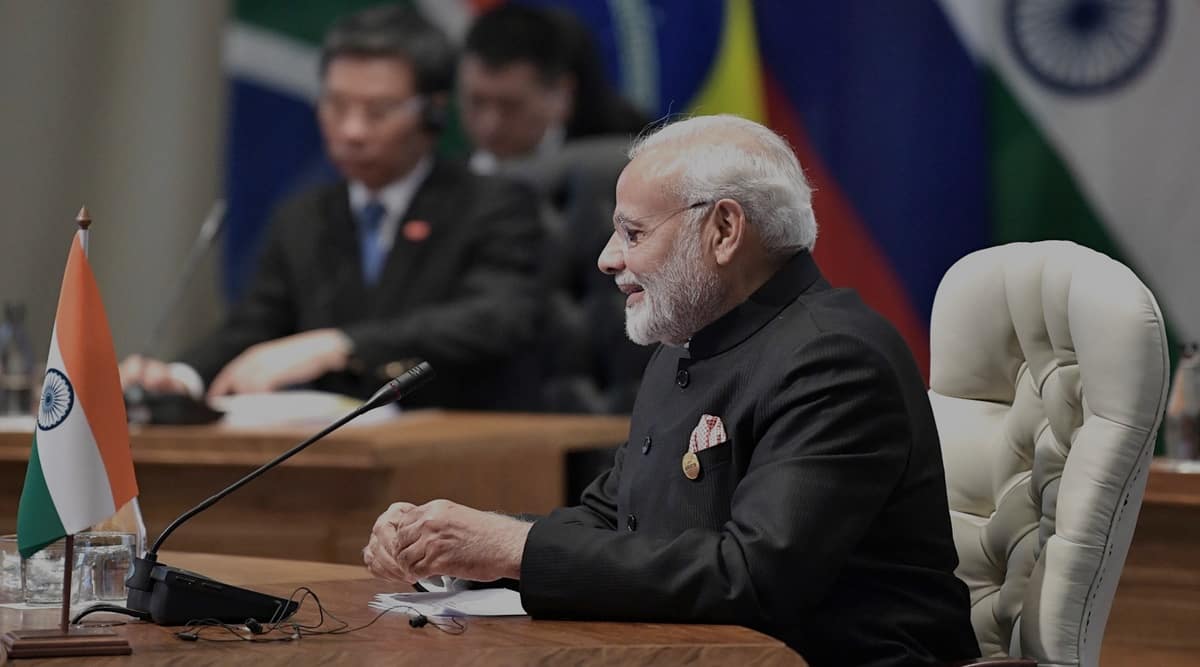 Amidst the ongoing Russia-Ukraine conflict the 14th BRICS Summit in virtual format is expected to take place later this month. The dates for the virtual summit have not been announced officially by China which is the host this year, however, according to reports, it is likely to take place around June 24-24, 2022.

Theme of the BRICS 2022 Summit

In January this year India handed over the BRICS chairmanship to China. The theme this year is ‘Foster High-Quality BRICS Partnership Usher in a New Era for Global Development’.

This year 25 events have been planned and India will host five events as part of BRICS Science Technology Innovation Steering Committee, the Science and Technology ministry said in a statement in January this year.

In a statement issued by the Ministry of Science & Technology in January this year, around 25 events have been planned and out of these India will be hosting five in 2022 as part of BRICS Science Technology Innovation Steering Committee.

The focus of the meeting was preparation for the BRICS summit. And, according to reports, in that meeting China expressed its keenness to enhance communication and coordination among fellow members of the grouping on major regional and international issues as well as the ongoing conflict.

Who will attend the summit virtually?

This is the third BRICS Summit PM Modi will be attending since tensions broke out at the Line of Actual Control when the PLA had transgressed in April 2020.

This is the first meeting of all BRICS leaders since the Russia-Ukraine Conflict in February 2022.

Interestingly, the summit is likely to take place around June 23-24, which means it will be ahead of the G-7 summit in which leaders of Germany, the UK, France, Japan, Canada and the US will meet at Schloss Elmau in the Bavarian Alps, from June 26-28. Germany is holding the Presidency of G-7 this year and German Chancellor Olaf Scholz has formally extended the invite to PM Modi during his bilateral visit to Berlin recently.

BRICS ahead of G-7

Focus of the G-7 will be dominated by the ongoing Russia-Ukraine conflict which is going on and its fall out on the Indo-Pacific. Also the growing belligerence of China, will it use military force in Taiwan, its relationship with Russia, and how to deal with these international issues will be on the G-7 leaders’ table to discuss.

Earlier this year the Sherpas of the five countries had met virtually to discuss the format, agenda as well as the dates for the meetings and from the Ministry of External Affairs (MEA) Secretary for Multilateral and Economic Relations Dammu Ravi represented India.

The economic implications of the Russia-Ukraine conflict and financial mechanisms to deal with the sanctions imposed by the US, European Union and others and most importantly the cooperation among member countries to fight against COVID-19 pandemic.

Also, according to reports, the use of national currencies of BRICS member countries, financial messaging system, creation of an independent BRICS rating agency, and more related issues could be discussed.