UMN’s U.S. Patent No. 5,859,601 is super interesting because it is so similar to the patent rejected by the Supreme Court in Gottschalk v. Benson, 409 U.S. 63 (1972). Benson’s claims were directed toward a method of converting binary-coded decimal numbers into pure binary numbers.  Similarly UMN’s claims are directed also to a method for converting binary numbers–this time from “m-bit binary datawords into n-bit binary codewords” by applying “maximum transition run (MTR) codes.”  UMN’s basic idea is that researchers were finding long binaries with lots of transitions were more likely to lead to read-errors.  Example, 010101010101 has lots of transitions while 111111000000 has only one transition.  If the algorithm finds a long sequence of consecutive transitions then it does something (like adding a pause or transition code) to reduce the probability of error detection. The algorithm also adds an additional transition code at a regular interval.

UMN sued LSI for patent infringement in 2016 in the N.D. Cal.; LSI responded with its petition for inter partes review.  The IPR proceedings were initially delayed by UMN’s claim of sovereign immunity. In 2019, the Federal Circuit held that “state sovereign immunity does not apply to [IPR] proceedings.” Regents of the Univ. of Minnesota v. LSI Corp., 926 F.3d 1327 (Fed. Cir. June 14, 2019), cert. denied, 140 S. Ct. 908, 205 L. Ed. 2d 458 (2020).  Back on remand, the PTAB issued a split decision–finding independent claim 13 unpatentable but concluding that LSI failed to show that claims 14 and 17 were obvious.  These claims add the allegedly unique limitation that the maximum transition run size is somewhere between 1 and 10.

LSI appealed its loss on the dependent claims and the Federal Circuit has now affirmed.  LSI Corp. v. Regents of U. of Minnesota, 2021-2057, — F.4th — (Fed. Cir. Aug. 11, 2022).  The original 2019 decision was authored by Judge Dyk and joined by Judges Hughes and Wallach.  The Federal Circuit has an Internal Operating Procedure involving appeals following remand to attempt to reconstitute the same panel or one with at least two of the same judges.  Judge Wallach took senior status in 2021 and so Judge Reyna was added to the new 2022 panel. Judge Dyk again wrote the opinion.

Prior Art By Another: Seagate was a collaborator with the UMN inventors (Moon and Brickner). And, back in September 1995, the inventors submitted a report to Seagate about their work.  They filed their patent application April 1996–well within the 1-year statutory grace period.  But, in January 1996 Seagate filed a patent application (Tsang) that does not list the UMN inventors.  Tsang describes MTR coding in its background section and references the Seagate Report.  Tsang also provided further improvements on the MTR methodology.

Once Tsang published/issued, it became prior art as of its filing date. Pre-AIA Section 102(e).   Section 102(e) refers to “an application for patent . . . by another.”  Here, Tsang is clearly another, but the particular portion of Tsang referenced was clearly derived from the UMN inventors Seagate Report.  Under longstanding precedent, Section 102(e) has been interpreted exclude material derived from the inventors. In re Costello, 717 F.2d 1346 (Fed. Cir. 1983). In other words, regardless of the listed inventors on a purported prior art reference, we look to the actual underlying disclosure and ask whether that information was “by another.”  Still LSI argued that Tsang was a proper 102(e) reference

Slip Op.  Thus, that portion of Tsang was properly excluded from prior art consideration.  The court’s interpretation of Section 102(e) stretches our statutory interpretation limits since 102(e)’s prior art test is at the application level, and the court here drills down to specific disclosures and portions of the application.  The AIA remedied this statutory stretching by creating the exception of 102(b)(2) that focuses on the disclosure level.

Shifting Arguments: LSI had Separately relied upon two tables found in a prior patent Okada.   The problem — although the petition relied upon Okada, petitioner’s reliance on the particular tables didn’t happen until the IPR Hearing.  In its decision the  board found that the new theory was both untimely and unpersuasive.  On appeal, did not address the untimely conclusion — only the persuasiveness.  The Federal Circuit did not like that approach and concluded that untimeliness was a separate and independent ground that LSI forfeited “by failing to challenge it in its opening brief on appeal.”

The case should now head back to the Northern District of California where UMN is asserting both surviving claims.  The lawsuit has been stayed for the past four years awaiting resolution to the IPR. Meanwhile, LSI’s motion for judgment on the pleadings that the asserted claims are patent-ineligible has remained undecided throughout that time.  LSI 101 Motion. 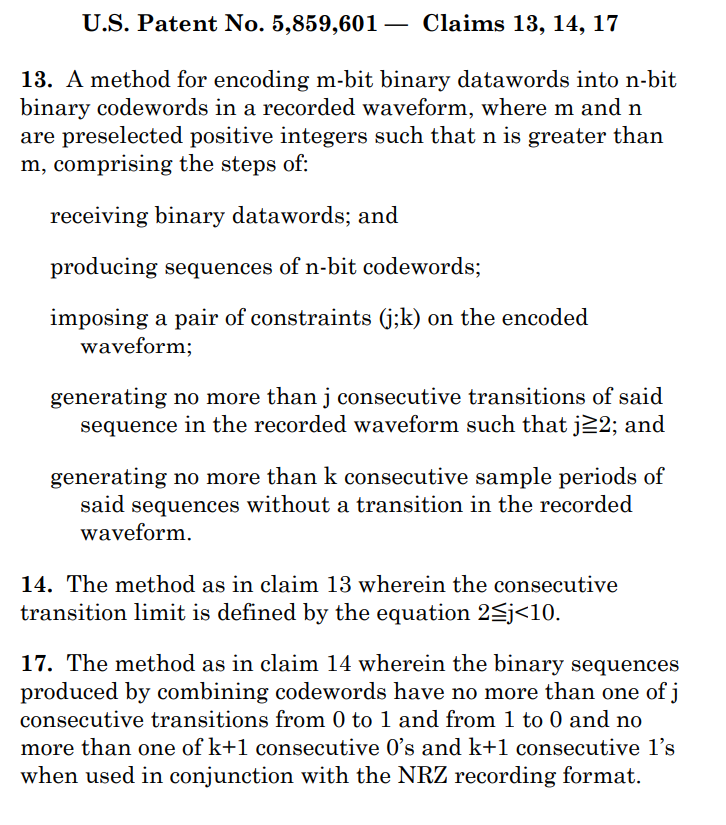