The Buffalo Bills continue to knock on the door of Super Bowl contention.

But as you may know by now, knocking on the door and actually entering are two completely different things, and it seems like they just cannot get over the hump once and for all.

The Bills’ season came to a disappointing end in the AFC Divisional Round, as they could only put up 10 points at home against the Cincinnati Bengals.

Notably, Buffalo has been working on their roster for quite some time now, and they were arguably the most stacked team in the AFC entering this season.

That’s why some people have pointed out the fact that the Bengals have managed to reach the AFC Championship Game two years in a row despite being a rebuilding team just a couple of seasons ago.

So, when asked about it, Bills GM Brandon Beane seemingly took a shot at the Bengals organization for building their roster via Draft instead of free agency:

“They right now are on the advantage of a rookie quarterback contract,” Beane said. “They had some lean years, and without getting too much into their build, I don’t want to suck bad enough to have to get Ja’Marr Chase. He’s a heck of a talent, I’d love to have him, but you got to go through some lean years to do that.”

He seems to choose his words carefully, but still fumbles his points. https://t.co/qTLyFEU5Kk

While he makes some valid points about being competitive, Beane seems to have missed the point entirely.

It’s not like the Bengals finished with the league’s worst record for a decade, and even if that was the case, two trips to the AFC Conference Championship game in as many years is more than most franchises could ever dream of.

There are multiple ways to build a roster, all of them with their pros and cons.

So, it’s definitely not a good look to take a dig at the team that just beat you at home in a dominant manner. 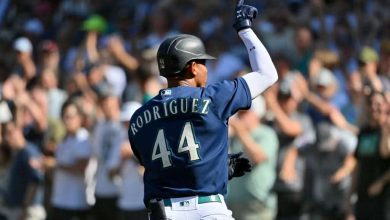