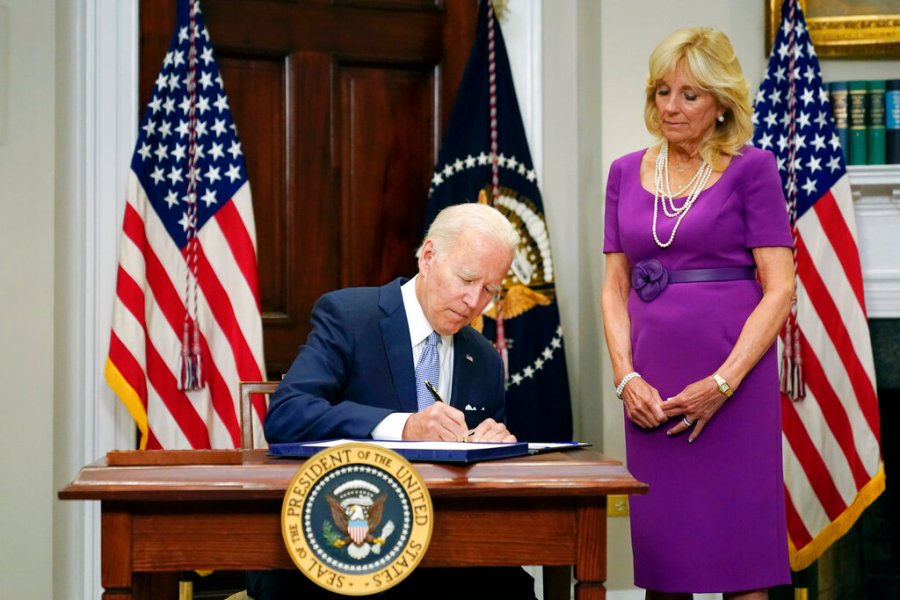 WASHINGTON (NewsNation) — President Joe Biden will host an event championing the passage of a new bipartisan law meant to reduce gun violence Monday. However recent mass shootings, including one in suburban Chicago last week, have overshadowed the triumph.

The event comes one week after a gunman killed seven people at an Independence Day parade in Highland Park, Illinois. Authorities said the attacker fired more than 80 rounds into the parade crowd with a semi-automatic rifle.

NewsNation will livestream the event in the player above.

The law is the most impactful firearms violence measure Congress has approved since enacting a now-expired assault weapons ban in 1993. Yet gun control advocates — and even White House officials — say it’s premature to declare victory.

“It’s historic, but it’s also the very bare minimum of what Congress should do,” said Igor Volsky, director of the private group Guns Down America. “And as we were reminded by the shooting on July 4, and there’s so many other gun deaths that have occurred since then, the crisis of of gun violence is just far more urgent.”

Most of the new law’s $13 billion in spending would be used for bolstering mental health programs and for schools, which have been targeted by shooters in Newtown, Connecticut; Parkland, Florida; and many other gun massacres. It was the product of weeks of closed-door negotiations by a bipartisan group of senators who emerged with a compromise.

It does not include far tougher restrictions that Democrats and Biden have long championed, such as a ban on assault-type weapons and background checks for all gun transactions. Biden on Monday was expected to reiterate his call for those tougher measures, but prospects are slim for any further congressional action.

The United Nations estimates the U.S. homicide rate is three times that of Canada, five of France and 26 of Japan. According to some studies, there are more guns in America today than there are people.

This story is developing. Refresh for updates.