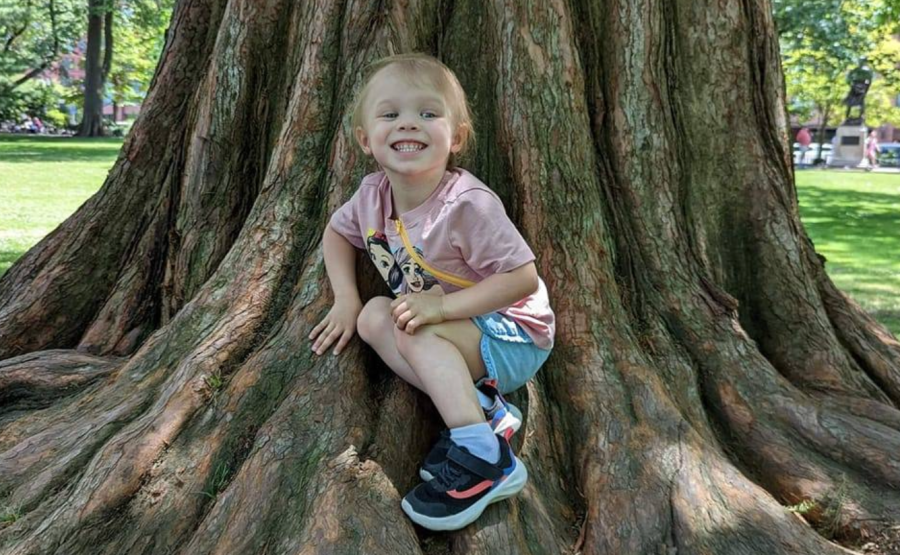 BENNINGTON, Vt. (NEWS10) – The Bennington community banded together for a good cause and raised thousands to help a young child and her family fight cancer. Two-year-old Finley Scanlon was recently diagnosed with a rare form of bladder cancer.

Her mother, Sara Scanlon, a local school teacher, has had to take a leave of absence to care for her during treatments and fight for Finley’s life. Her father, Robert Scanlon, works as hard as he can to be by their side, and yet tries to maintain some income to provide for the family.

24-year Veteran Navy Seabee Senior Chief Norm LeBlanc, who hasn’t shaved his beard since he retired from the Navy in September 2012, “Braved the Shave” for a $500 bet, but the effort snowballed into $55,000 raised from community efforts.

As a community, several local clubs joined together and fundraised to help the young family during this trying time. VFW Post 1332, the Bennington Eagles, Bennington Elks Lodge No. 567, American Legion Post 13, Norshaft’s Lions, two Rotary Clubs, and many others are still committed to raising as much money as possible to help Finley and her parents, Robert and Sara Scanlon.

Those interested in donating to the Scanlon family can head to the Venmo link fundraiser or email Normand at normleblancnobenningtonhighway@comcast.net.