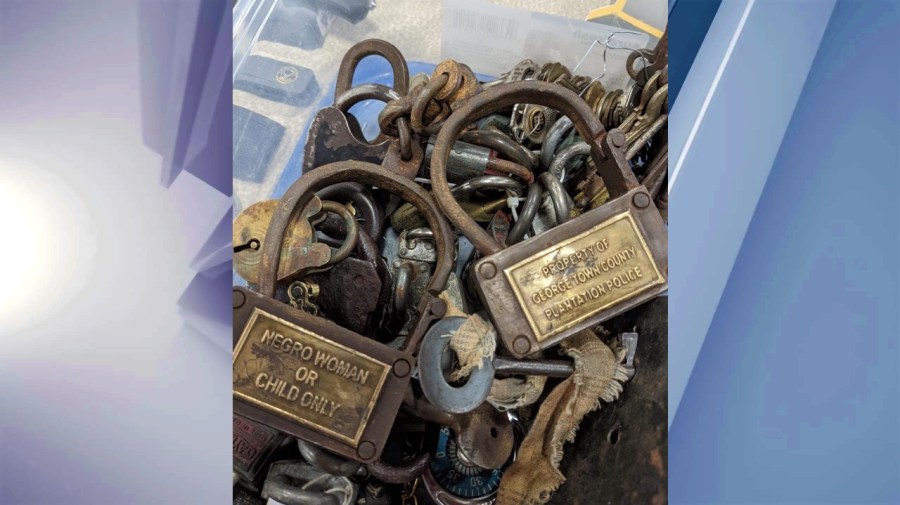 RUTLAND CITY, Vt. (NEWS10) — A vendor at the New East Coast Arms Collectors Associates (NEACA) Gun Show in Rutland City from August 13-14 was allegedly permitted to sell shackles with connections to slavery. The Rutland Area NAACP has encouraged the fairgrounds, with a letter and a petition, to take immediate action to review and discuss their current policy with their vendors, and prevent anything similar from happening this week at the Vermont State Fair.

While items like shackles and locks may be considered antique collectibles, the NAACP argues for more careful consideration when displaying weapons used to oppress, torture, and enslave Black people. “Historical preservation does not translate to such artifacts being treated as novelty items publicly displayed in harmful ways,” said the NAACP in their letter to the Fairgrounds. “Loosely displaying the items in question undermines their historical significance and perpetuates racial harm to Black community members and attendees.”

The organization said that the relics should be kept in an educational setting to teach the horrors of slavery’s legacy. Museums and educational institutions are the only place where these historical objects belong, argued the NAACP.

“One of the ways that racism continues to infiltrate our everyday life is by not being conscientious of history in a way that is productive. We recognize that it’s not against the law to sell these items and we also know that change starts from individuals and organizations that are willing to stop the harm. One of the ways that we can move forward as a nation, a state and a city is to ensure that we are intentional about where the history of hate is displayed,” said the letter.

The Rutland Area NAACP has had similar conversations with the Vermont State Fairgrounds in the past. In 2018, the NAACP petitioned to stop the sale of confederate flags at the fairgrounds, but no action was reportedly taken.

“The Rutland Area NAACP shares with the Fairgrounds a common interest to ensure that Rutland and Vermont are safe and welcoming to all of its residents, and has offered assistance in clarifying the language in its policy,” said Mia Schultz, president of the Rutland Area NAACP, in a written statement. “Other community organizations have made such policies, such as the Addison County Fair and Field Days, which banned sales of Confederate flag merchandise in 2016.”