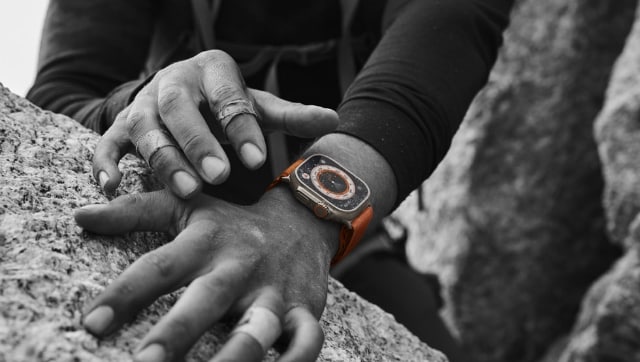 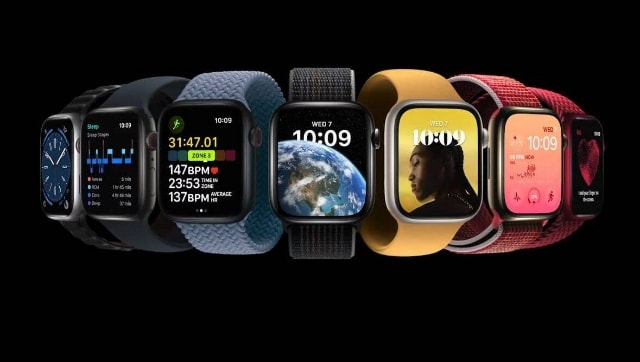 In terms of sensors, the biggest change has to be the new array of motion sensors and gyroscopes, as well as the temperature sensors, which have been developed with a focus on women’s health.

The Apple Watch Series 8 gets two temperature sensors, one in the bottom and one at the screen. These sensors help women keep a track of their menstrual cycle, ovulation, and fertility cycles. Furthermore, all of this data is stored locally on the user’s iPhone, which, cannot be shared without the user’s consent. Even Apple does not have access to this data.

While this may seem like a fairly simple feature in most countries, this is a huge moment for tech and women’s rights, especially within the American context, given how women’s reproductive rights have taken a beating this year in most states there.

Another cool feature that the Watch Series gets is the crash detection feature. The new Crash Detection feature works just like Fall Detection. When the Watch believes you’ve been in an accident, it asks you and then calls emergency. It uses a new technology with more gyroscope sensors.

The Apple Watch Series 8 has an 18-hour, all-day battery life, which, thanks to a new Low Power Mode, can be extended to up to 36 hours of battery life. In addition, for the first time, the smartwatch will offer International Roaming. Apple says that with watchOS 9, Apple Watch SE users can enjoy the benefits of the new Compass app in addition to the enhanced fitness and wellness features.

It also gets a completely redesigned back case that perfectly matches the three classic case finishes.

The revamped Apple Watch SE also gets the same dual-core processor as the Series 8, and the Apple Watch Ultra, which is the S8 SiP.

The Apple Watch Ultra
Now, this is the Apple Watch that would make want you to finally get an Apple Watch if you haven’t had an Apple Watch already. This is despite the fact that it is more expensive than the base variant iPhone 14 that Apple launched. It’s a whole new category of smartwatches for Apple. 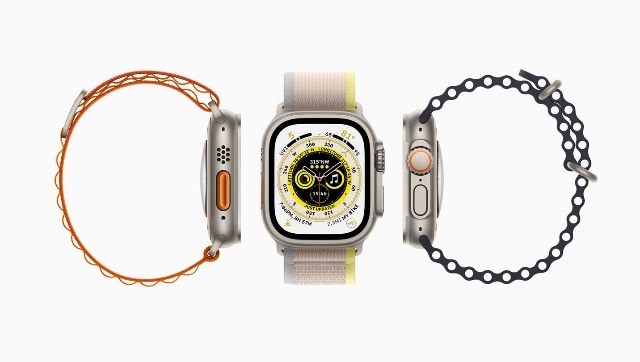 This is the rumoured ‘Apple Watch Pro’ version of the Series 8. It features a dedicated “action” button and larger digital crown. It has a huge 49mm case that encompasses the biggest display on an Apple Watch, which has a peak brightness of 2000 nits.

The Apple Watch Ultra has 36-hour battery life on single charge, and following an update, users will be able to get about 60 hours of battery life on Low Power Mode. Unlike the Apple Watch Series 8 & the Watch SE, the Watch Ultra has cellular functionalities, built-in to all watches. It also gets improved microphones and speakers for loud environments, which can be used to send out distress signals thanks to the in-built 86 decibel siren which can be heard in a radius of 180 metres.

It comes with dual-band GPS and covers both L1 & L5 frequencies, making it the most accurate sports watch. Users also get a dedicated action button painted in high-contrast international orange. The button can be customized for instant access to Workouts, Compass Waypoints or Backtrack – a feature that allows you to find your way back through a trail.

Apple has created a new watch face specifically for the larger display, called Wayfinder. It accommodates a lot more information and can be customized for the different environments that users are expected to take it to.

You can also use the Watch Ultra for water sports like kitesurfing and wakeboarding, and even do some serious diving. It’s certified to WR100 and EN 13319 – the recognized standard for dive accessories. There’s a built-in depth gauge that along with the Depth app shows time, depth, water temperature, duration underwater, and the maximum depth reached. Apple is unlikely to hold a launch event in October, will launch iPads and Macs via press releases- Technology News, Firstpost