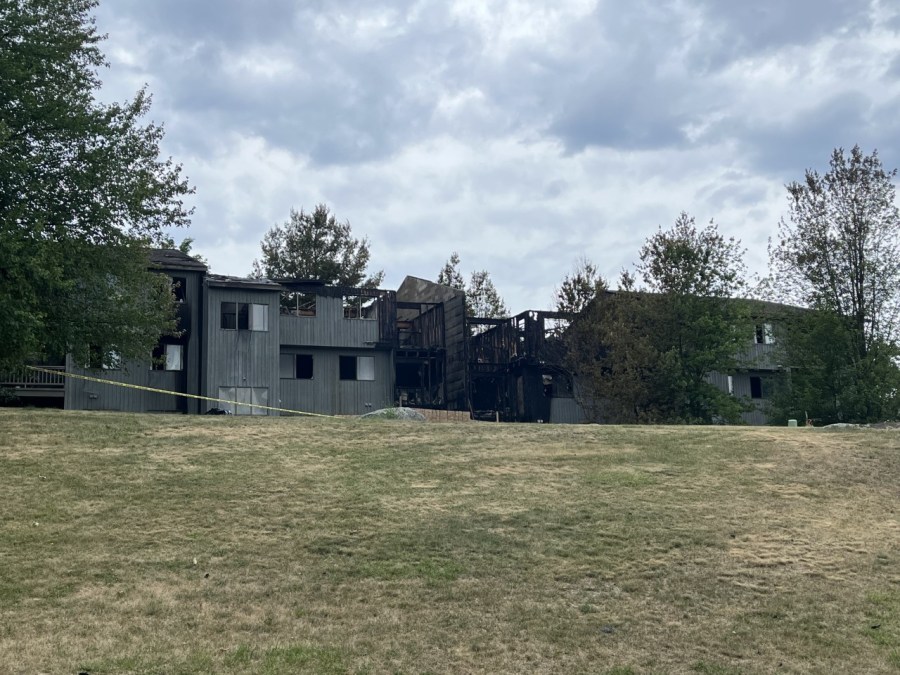 HALFMOON, N.Y. (NEWS10) — Many of the apartments in building two at the Mohawk Terrace Apartments were not touched by flames, but the water damage left people to sort through what was left of their belongings to see what could be saved.

“I’m trying to salvage anything that I have left,” Pierce Petillo, a resident on the first floor, said. “Everything was water damage, smoke damage.”

Petillo was not home when the fire started around 1:00p.m. Monday afternoon.

“The fire department came, they’re right down the road, and they probably brought about 15 trucks and the 15 trucks still took hours to put it out,” Petillo said.

Today, he returned to building two and, with the help of his friends, took what he could out of the apartment.

The Red Cross said they are helping more than 20 people who lost their homes, giving them temporary housing, clothes and food.

“We get them into the casework system that we have that will follow them through their recovery over the next few weeks and months to help them navigate how to replace documents,” Mike Tripodi, Sheltering Coordinator for the Red Cross, said.

Other tenants, standing outside their former apartment, did not want to speak on camera. News10’s Skylar Eagle spoke with one man who lives on the third floor of the building, which was deemed unsafe. He said he can’t retrieve any of his things and he is wondering what happens next.

Tripodi said not knowing what comes after can be difficult for victims.

“The unknown — where am I going to go, what am I going to do, how do I replace objects,” Tripodi said. “The most important thing is everybody got out, that is the one thing you cannot replace.”

The Red Cross is also working with the Mohawk Terrace Apartments to help those in need. News10 did reach out to the apartment complex, they said they are not commenting at this time.