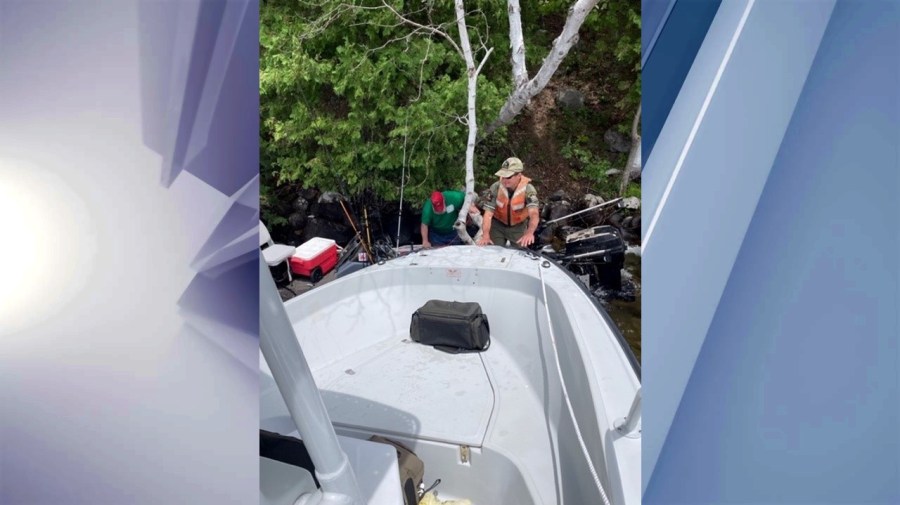 HAGUE, N.Y. (NEWS10) – Two anglers were rescued by a group of Forest Rangers on Sunday afternoon after their boat was washed ashore near Lake George. The boat, stranded on the rocks on Anthony’s Nose, had been pushed there by the wake of a large cabin cruiser, officials said.

Rangers first heard about the beached boat around 12:30 p.m. Shortly after, a ranger who had been on boat patrol on Lake George climbed onto the stranded vessel and helped the two anglers into a Lake George Park Commission (LGPC) boat.

An LGPC officer then took them to the Mossy Point Boat Launch. The boat was removed later that evening.