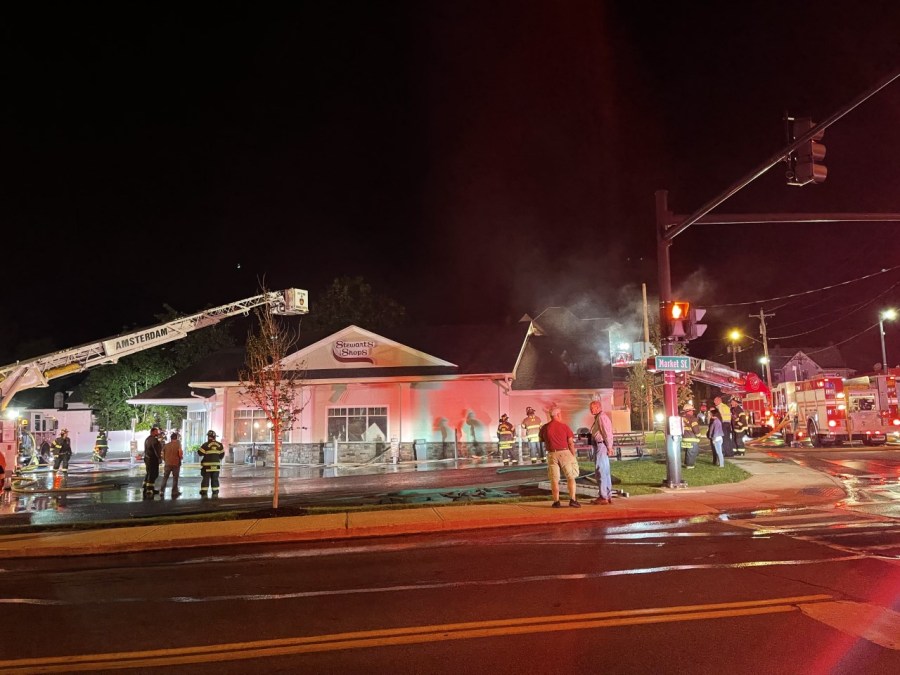 AMSTERDAM, N.Y. (NEWS10) – The recently-built Stewart’s on Market Street in Amsterdam, which was badly damaged by fire in late June, will be torn down and rebuilt. Erica Komoroske, director of public affairs for Stewart’s Shops, said the store hopes to re-open in September.

Komoroske went on to say that all of the employees who worked at the Market Street location have been offered jobs at nearby shops. “In true Stewart’s fashion, we will look to rebuild our Market St. shop as quickly as possible. We are looking to have the new shop open in September, although this will be a true test of the supply chain with many supplies like trusses in high demand,” she said.

The Amsterdam store has been closed since the Monday night blaze, June 27. Officials from the Amsterdam Fire Department said they first saw flames tearing through the roof of the shop around 9:19 p.m. By the time they arrived, smoke had also engulfed the building.

The fire damaged an attic space and caused water and smoke damage inside the store. No injuries were reported, and the cause of the fire has not yet been determined.


Man gets pinned under a tree in Rhinebeck woods

When NEWS10 crews visited the scene on Tuesday, Stewart’s maintenance crews were on-site assessing damages. The building will have to be demolished because of their extent, according to Komoroske.

The rebuilt store will most likely be very similar to the fire-damaged one, which had just opened in June 2021. The company says they will work as quickly as possible to replace it.