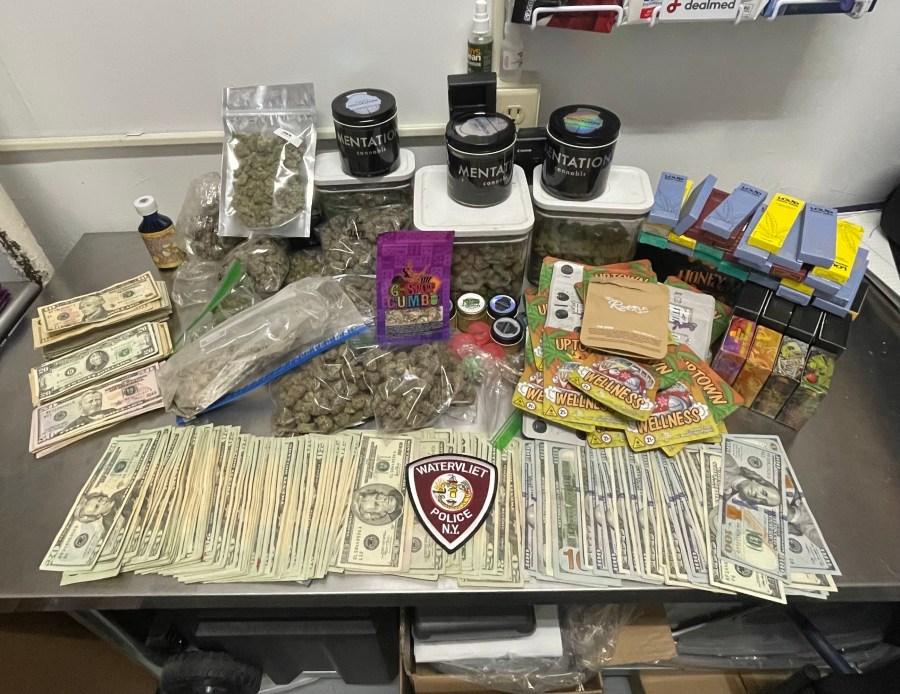 WATERVLIET, N.Y. (NEWS10) — An Albany man has been arrested on drug charges after a traffic stop in Watervliet. The Watervliet Police Department said Adrian Torres, 18, was arrested on September 7.

On Wednesday around 10:30 p.m., police stooped a car on 12th Avenue for New York State Vehicle and Traffic Law violations. After a search of the car, officers reportedly found 8.8 pounds of cannabis, 5.75 pounds of concentrated cannabis, 42 grams of hallucinogenic mushrooms, and over $10,000.

Police said the street value of the seized drugs is about $40,000. Torres was arraigned in Watervliet City Court and released.