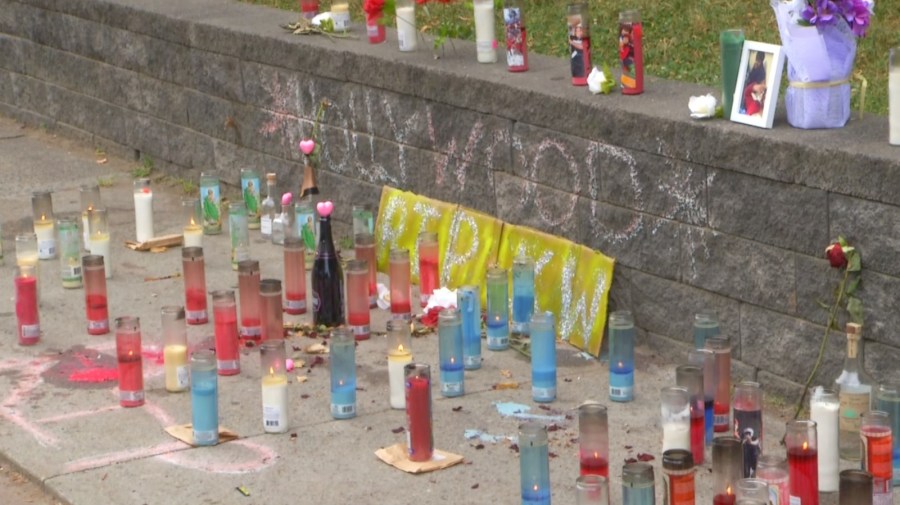 ALBANY, N.Y. (NEWS10) — Albany Police are continuing to investigate a daytime shooting on North Pearl Street that took place on July 3. Dominique Eley, 27, of Albany, was identified as the victim of the shooting.

Around 1:30 p.m. on Sunday, police were called to the 200 block of North Pearl Street near Livingston Avenue for a shooting. When they arrived at the scene, officers found Eley suffering from multiple gunshot wounds to the torso.

Eley was treated at the scene by emergency medical personnel and was taken to Albany Medical Center for her injuries. She was later pronounced dead at the hospital.

The Albany Police Department confirms they are looking for surveillance footage of the shooting from businesses, residences, and any other potential sources. This includes the cameras on the front of the Capital Repertory Theatre.

A memorial has been set up in the area where she was killed. Vacari Fox, Founder of Community Matters and Care in Albany, did community work with Eley and spent some time lighting candles at the memorial.

“She did a lot of community work. She believed that Albany needed change. We grew up here. People knew her. People knew her for her. Being her and being energetic and having so much life,” said Fox.

“Dominique, known by many as Dom or Kay Hollywood was an extraordinary person, with breathtaking eyes, who was known to be hard-working and caring, was a fashion artist and rapper. She was loved by her family, friends, and community, for which she was planning an upcoming event to support. She will truly be missed and the community has once again lost another amazing member to unnecessary violence. When will this stop,” said Paeglow.

Police said no additional details are available at this time as the investigation is ongoing. Anyone with information can contact the Albany Police Department’s Detective Division at (518) 462-8039. Anonymous tips can also be submitted online to Capital Region Crimestoppers, or by downloading the free P3 Tips mobile app.