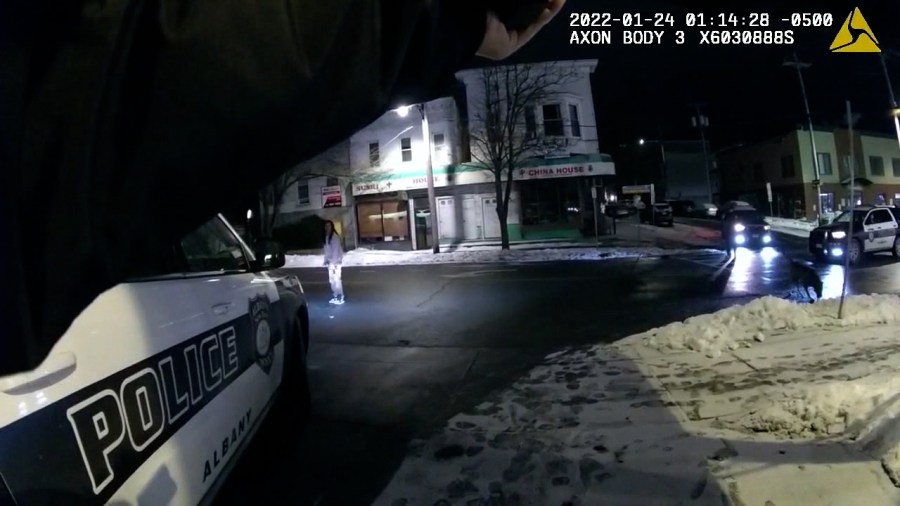 ALBANY, N.Y. (NEWS10) — An Albany man who was shot by police has been indicted. According to the Albany County District Attorney’s Office, Jordan Young, 32, was indicted for aggravated assault on a police officer and menacing a police officer.

Young was shot by an Albany Police Department officer on January 24. Police were initially called to Morris Street for a report of a home invasion with a gun. They said they stopped Young on New Scotland Avenue as part of the investigation into the home invasion when they said they saw him holding a knife to his dog’s throat.

Albany Police Chief Eric Hawkins said three shots were fired in the man’s torso area, and a taser was deployed. The officer who fired his weapon did not have a taser. Police released bodycam footage of the incident that shows Young ran toward an officer while holding a knife.

Young had remained in custody while he recovered from his injuries. In May, a state Supreme Court judge ordered Young released from custody. An Albany County judge had previously denied him bail in February.

No arraignment date for Young has been set yet.