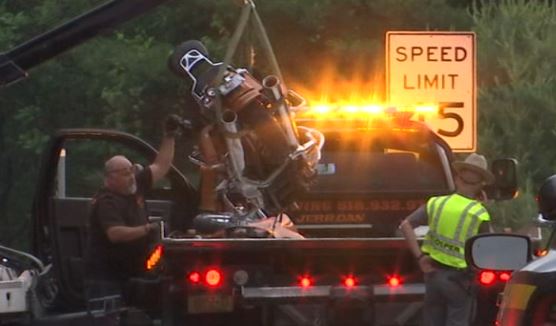 LAKE GEORGE, N.Y. (NEWS10) — An Albany man is facing several charges after a fatal crash in Lake George. Officials said Anthony Futia drove a motorcycle onto a bike path and struck several pedestrians. One adult and one child died in the crash.

Futia, 33, was charged with the following

The crash took place on June 12. Officials said Futia was under the influence when he drove a motorcycle at a high rate of speed onto a paved bike path. He is accused of striking six pedestrians.

James Persons, 38, and Quinton Delgadillo, 8, both of Lake George, were killed. Jasmine Luellen, 30, of Lake George, was also injured. She is Persons fiancée and Delgadillo ‘s mother. Three other children with the group of pedestrians were not injured.

At the time of the crash, Futia was not legally allowed to drive a motorcycle or any other vehicle. A spokesperson with the New York State Department of Motor Vehicles said he never had a license in the state of New York. They said he had multiple suspensions on his record, including in 2019 when he was charged with driving while impaired.