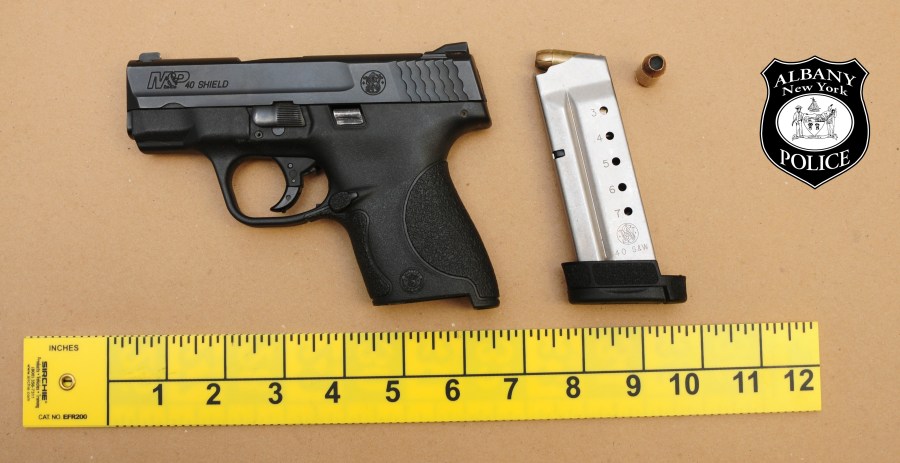 ALBANY, N.Y. (NEWS10) — An Albany man has been arrested after police said he was found with an illegally possessed handgun. The Albany Police Department said Kirkland Wright, 35, was arrested on August 26.

On Friday around 10 a.m., detectives stopped Wright in a South Pearl Street parking lot as part of an investigation. During that time, they reportedly found Wright with a loaded .40 caliber handgun.