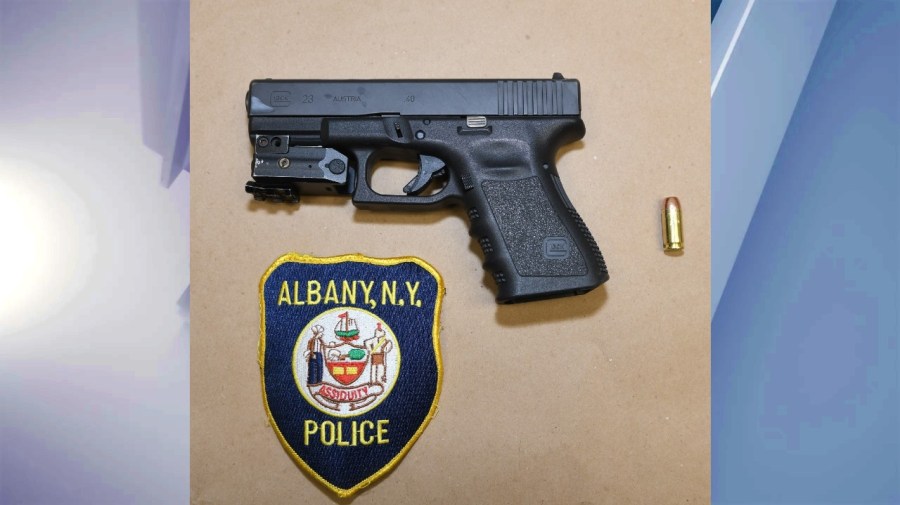 ALBANY, N.Y. (NEWS10) — A 19-year-old Albany man who allegedly ran from police and threw a loaded handgun onto school property on Thursday has been arrested. Detectives tried to stop Marshall Gause at about 1:30 p.m. in reference to an investigation. As detectives approached, Gause reportedly ran down Sheridan Avenue with a gun in his hand, starting a foot chase.

During the chase, police said Gause ran through the property of Sheridan Avenue Preparatory School and threw a loaded .40 caliber handgun on the ground. The weapon was recovered by detectives.

Gause was taken into custody nearby. When he was arrested, police allegedly found crack cocaine on him.


Albany Police: Woman shot in back on Lark Drive

He is scheduled to be arraigned Friday morning in Albany City Criminal Court. No further information is available.