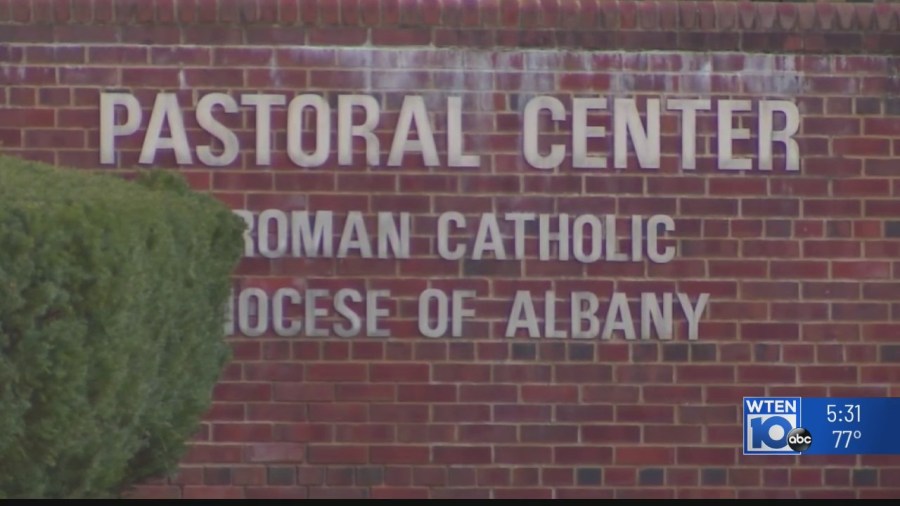 ALBANY, N.Y. (NEWS10) — The case is closed in the first of more than 400 sexual abuse allegations leveled against the Roman Catholic Dioceses of Albany.

Stephen Mittler, 47, will receive $750,000 from the church and another $2000 from his alleged abuser, 73-year-old former priest Mark Haight. Mittler says he was molested by Haight from the time he was 12 starting in 1987.

“He is satisfied with the resolution of the case at this point, but the process of getting to that was very difficult,” says Matthew Kelly, Mittler’s attorney.

Kelly describes this case as “like pulling teeth”. He says even the decision to settle only came after the diocese threatened to declare bankruptcy before jury selection.

“Unfortunately, I had no way of assessing whether they were speaking truthfully or not, but in trying to determine that, the risk involved would have been potentially exposing my client to having his claim heard in bankruptcy court, which would have represented significant delays,” says Kelly.

“The diocese pretends to be concerned with the well being of these victims, but in court they do everything they can to obstruct and prevent information coming before a jury,” he goes on to say.

He says he’s unsure what the diocese has told other victims, but if their cases are anything like Mittler’s, they have a tough road ahead. Kelly says the church constantly threw up roadblocks claiming their files regarding abuse allegations and transferring accused pedophiles from place to place were “privileged information”.

“The diocese did not want to be forthcoming at any time. You should only claim privilege when in fact you have a privilege, and the court ruled against the diocese in every occasion and we had to make 13 of those motions,” Kelly explains to NEWS10’s Mikhaela Singleton.

He says at one point, former Bishop Howard Hubbard admitted he wasn’t completely honest about why he sent Haight to rehab in New Mexico following additional sexual allegations in 1989.

“Admitted when he told people at church that the priest had to leave for health reasons, it wasn’t a lie but it wasn’t the whole truth, and then of course was disappointing that the bishop would concede that he had willfully withheld information,” he says.

Kelly says there’s much more damage to correct even though Mittler’s case has now come to a close.

“I would hope the diocese would clean house. Get rid of all the people who allowed this to continue and allow the remaining good priests — and I believe there are many many good priests remaining — to run the show,” he says.

NEWS10 reached out repeatedly to the Albany diocese and their lawyer, Michael Costello, with no response.