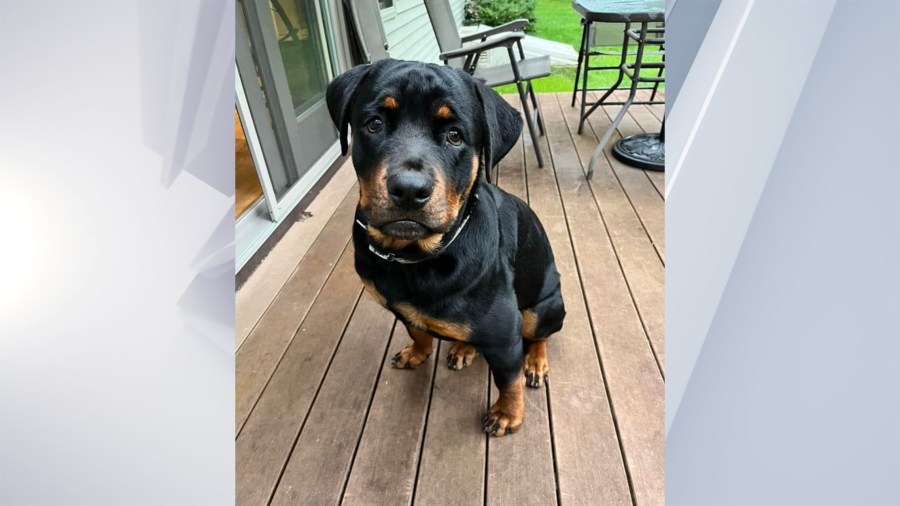 SARATOGA SPRINGS, N.Y. (NEWS10) — Rottie Empire Rescue, a non-profit animal rescue based in Saratoga Springs, is looking for a home for a 9-month-old puppy who was found abandoned and injured in Troy in February. Deniro, spelled DiNero in the Rottie Empire Rescue Facebook post, is still going through medical issues.

Deniro was found severely injured in a box in the parking lot of a Troy gas station on February 7. He was brought to Mohawk Hudson Humane Society (MHHS) and later underwent a four-hour surgery to repair his jaw. MHHS said his jaw reconstructive surgeries were paid in full thanks to donations from the public.

In May, Deniro was transferred from MHHS to Rottie Empire Rescue. Deniro’s alleged abuser, Khadijah Davis, 34, of Troy, still has a bench warrant out for her as she failed to report to the court.


Free Narcan training to be held throughout Saratoga County

Rottie Empire Rescue said Deniro is currently being evaluated for a total hip replacement, and will likely need hardware removal from his jaw and a possible knee repair. The rescue will continue to cover his medical expenses.

“We are looking for family who is willing to take him on while working closely with our rescue. He loves other animals and is truly a very sweet boy,” said Rottie Empire Rescue.


Nothing Bundt Cakes giving away free cakes for 25th birthday

The rescue is looking for a foster to adopt home. If you are interested in fostering to adopt Dinero, you can fill out an application on the Rottie Empire Rescue website.