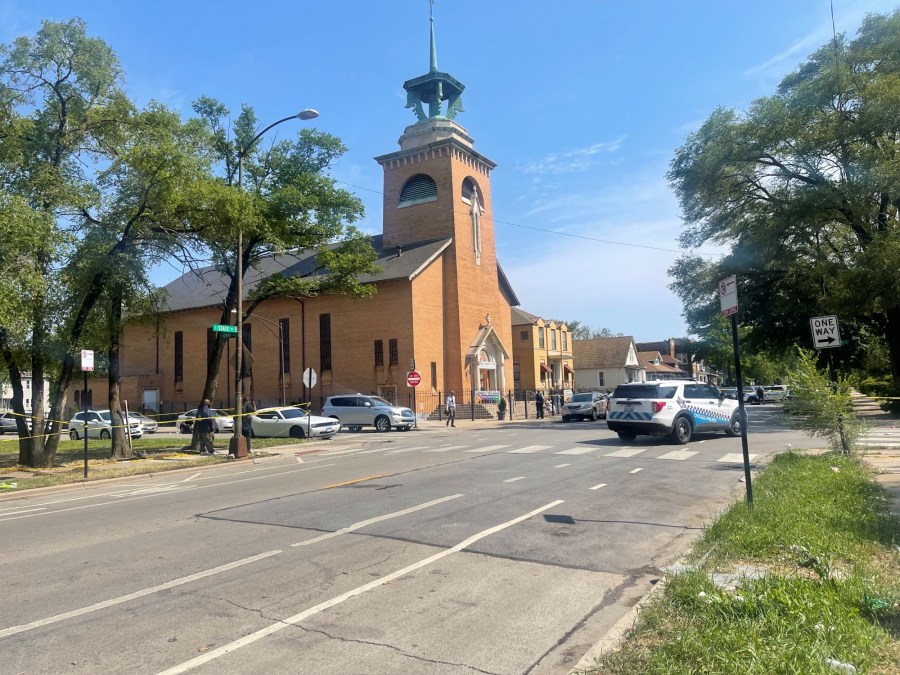 CHICAGO (WGN) — Three individuals are in the hospital after being shot at a funeral at a South Side Church in Chicago on Saturday.

Police said the shooting occurred at University Community Missionary near 108th and S State streets around 2:30 p.m. when a gray-colored sedan drove by and a person in the vehicle opened fire on the victims, who were standing outside the church.

According to authorities, a 20-year-old and 37-year-old man were taken by ambulance to Roseland Hospital with multiple gunshot wounds, while a 25-year-old man was taken to Advocate Christ Medical Center. All three victims are in good condition.

Police said they have no suspects in custody as detectives continue to investigate.

As of Sunday morning, authorities say roughly 50 people have been shot in Chicago this weekend. At least four were killed, with two fatal shootings occurring within minutes of each other early Sunday morning.

Police said one man was shot and killed and two others critically wounded while changing a tire on the West Side around 3:15 a.m. An SUV approached the men, according to police, and a man got out of the vehicle before firing several shots at the group.

The man produced a gun and fired shots. The 37-year-old was shot in the head and pronounced dead at the scene. The woman was shot in the right armpit and taken to the hospital where she was stabilized, police said.

Police are investigating both incidents.