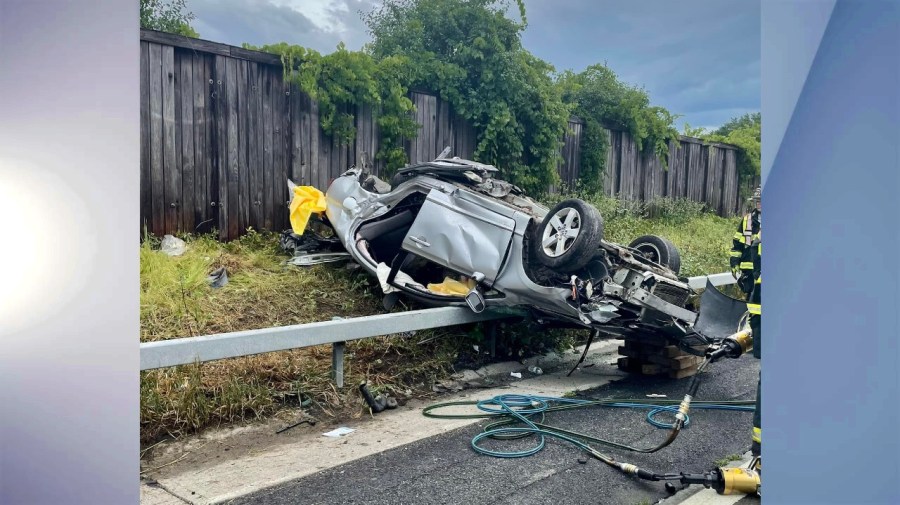 LATHAM, N.Y. (NEWS10) – Early Monday, Latham, Maplewood, and Boght Fire Departments were sent to Alternate Route 7 westbound for reports of a rollover crash. Upon arrival, first responders said that two people were trapped inside the car and needed to be pulled out.

The car that rolled over reportedly drove across the median into oncoming traffic. It is not known why, at this time.

It took nearly 25 minutes to safely get the two victims out of the car, officials said. All patients were taken to the hospital by Colonie EMS, and there has been no update on their wellbeing.